Chung Eui-yong, director of Cheong Wa Dae's national security office, is scheduled to arrived in the U.S. capital Tuesday and meet the following day with his American and Japanese counterparts -- Robert O'Brien and Shigeru Kitamura, according to the sources who spoke on condition of anonymity.

Chung's visit comes after North Korean leader Kim Jong-un threatened in a New Year's message to "shift to a shocking actual action" as denuclearization talks with Washington have stalled for almost a year.

Kim also said he saw no reason to be bound any longer by his own moratorium on nuclear and intercontinental ballistic missile tests, and threatened to soon showcase a "new strategic weapon."

The sources said that while North Korea will likely top the agenda of the three-way meeting, the heightened tensions between the U.S. and Iran may also be discussed.

South Korea has been reviewing options to respond to Washington's request to contribute to safeguarding the Strait of Hormuz, including the possibility of deploying troops to the area.

One source noted that the meeting will serve as an opportunity to reaffirm the need for trilateral cooperation among the three countries following the near-termination of a military intelligence sharing pact between Seoul and Tokyo. 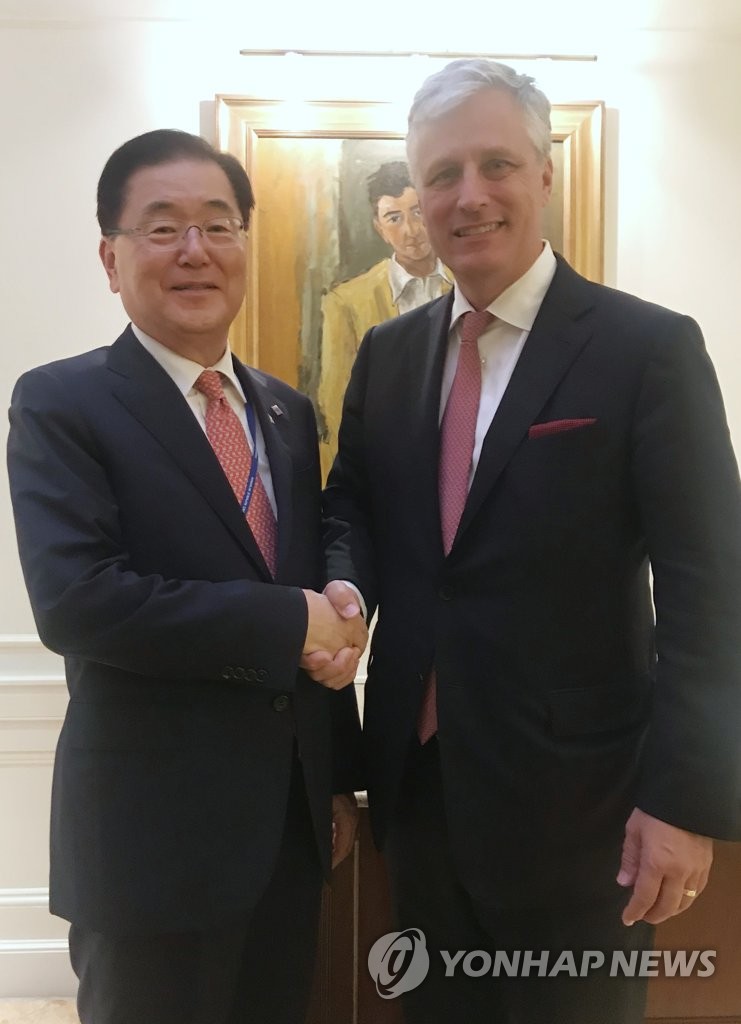