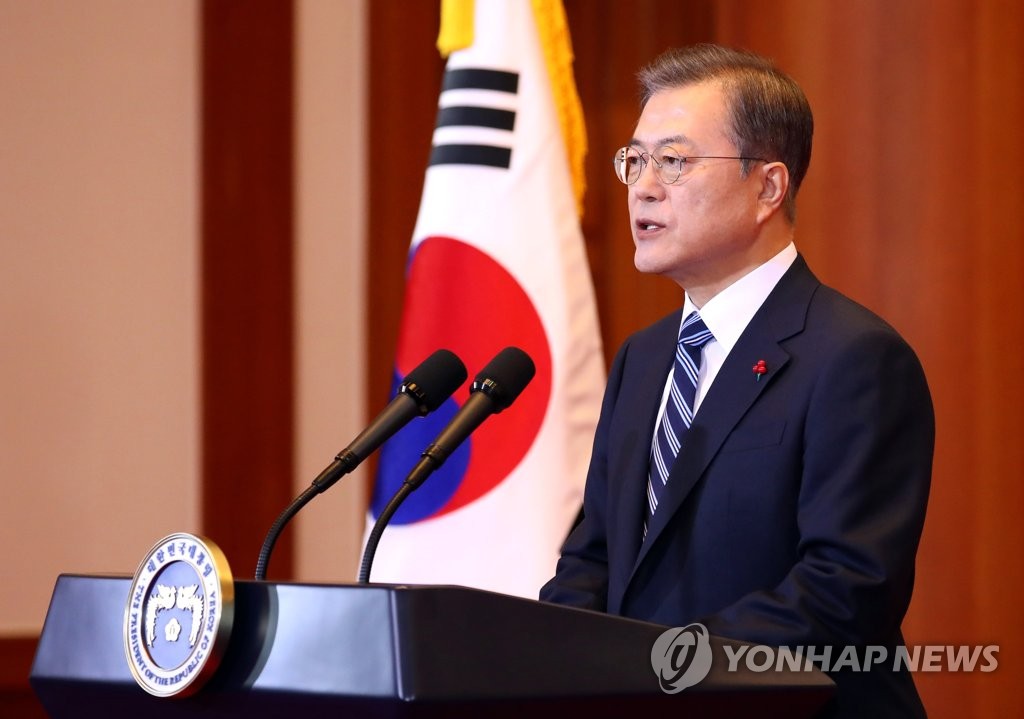 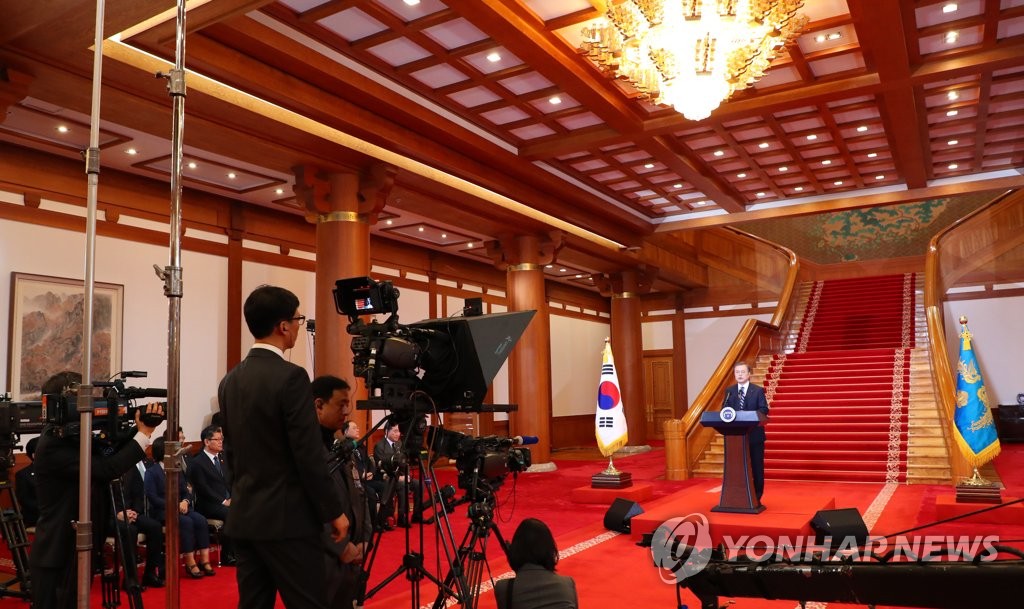 Moon outlined his 2020 plans for diplomacy with the so-called four major regional powers.

He said his government will further solidify the alliance with Washington while endeavoring constantly to diversify key diplomatic partners through the New Southern Policy and the New Northern Policy.

"With the United States, (we) will develop the traditional alliance to a higher level and try together to complete the Korea Peace Process," he said.

He struck an upbeat note on Seoul's relationship with Beijing as well, saying President Xi Jinping and Premier Li Keqiang are scheduled to visit South Korea this year.

The government will make efforts so that South Korea-China relations can "make a leap" forward, Moon said.

Regarding Japan, which he called the country's "closest neighbor," the president presented a vision for evolving bilateral ties "in a future-oriented" manner.

The prerequisite for this is Japan's retraction of its export restrictions against South Korea, Moon said.

"Russia is a core partner of (our government's) New Northern Policy," he said. "This year, the 30th anniversary of establishing diplomatic relations between the two countries, I hope that a new turning point will be made in the New Northern diplomacy."

He unveiled a plan to push for the revision of laws to foster a "fair economy" and the encouragement of "sound management" by local conglomerates.

He made clear his resolve not to give up key measures to reform the prosecution and other "power institutions."

The National Assembly has passed a bill on setting up a non-prosecution agency to investigate corruption among high-ranking civil servants, including prosecutors, judges and senior police officers.

A set of bills aimed at giving police more investigative power and authority remain pending at the parliament.

"If the bills are handled and the legal and systemic foundation is completed for the reform of power institutions, it would lead to a fairer society and the formation of stronger social trust," he said.

"(We) will never be defeated in the war against real estate speculation," he said. 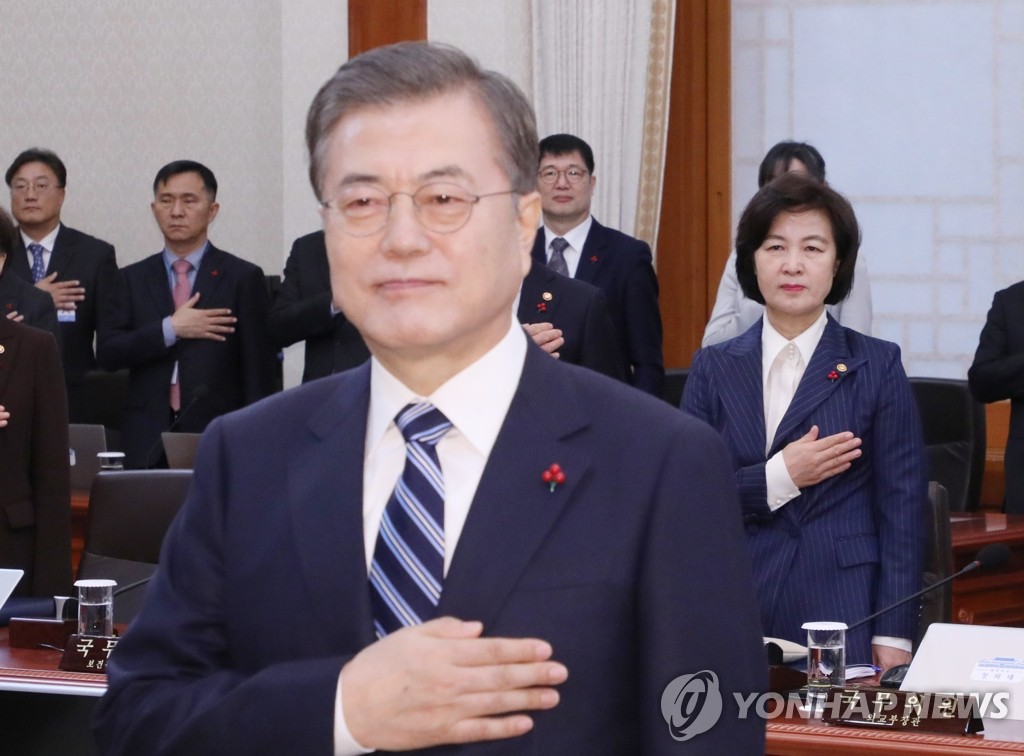