SEOUL, Jan. 7 (Yonhap) -- South Korea's quest for a ninth straight trip to the Olympic men's football tournament will begin this week in Thailand.

Coached by Kim Hak-bum, South Korea will face China, Iran and Uzbekistan in Group C of the Asian Football Confederation (AFC) U-23 Championship, which will run in Thailand from Wednesday to Jan. 26. It will double as the Asian qualifying event for the 2020 Tokyo Olympics, with the top three countries punching tickets to the Japanese capital this summer.

South Korea's first match is against China at Tinsulanon Stadium in Songkhla at 8:15 p.m. Thursday local time, or 10:15 p.m. in Seoul. 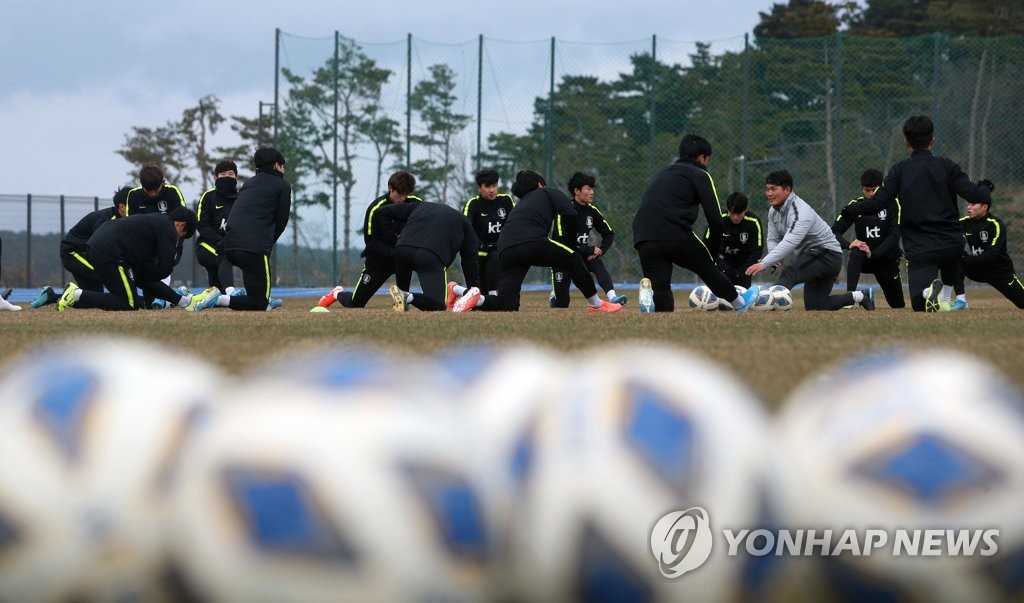 The next match is against Iran back at the same venue at 5:15 p.m. Saturday (local time), and South Korea will close out the group stage against Uzbekistan at Thammasat Stadium in Rangsit at 5:15 p.m. on Jan. 15.

The top three teams from the AFC tournament will reach the Tokyo Olympics. Japan have already qualified for the Olympics as the host country. This means that if Japan reach the semifinals, the three other semifinalists will be guaranteed spots in the Olympics, regardless of the result of the third-place match.

There are four groups of four, and the top two from each will move on to the quarterfinals.

Kim's team has had some tough luck during the buildup to the tournament. In September last year, South Korea were scheduled to host Syria in back-to-back prep matches, but they were canceled after Syrian players failed to renew their expiring passports and were not permitted to enter South Korea. It cost Kim a chance to get an early test on candidates for his final roster. South Korea instead hosted Uzbekistan in October and split their two matches.

Kim failed to secure the services of two of his prized assets, Lee Kang-in of the Spanish club Valencia CF and Paik Seung-ho of the German outfit SV Darmstadt 98, for the tournament. Because this AFC event isn't on FIFA's international match calendar, clubs aren't obligated to release their players for the occasion. Kim and some Korea Football Association (KFA) officials traveled to Europe last fall to try to convince clubs to make their South Korean players available. On Christmas Eve, Kim announced his roster with one spot open, hoping against hope that he could get Lee or Paik on board. 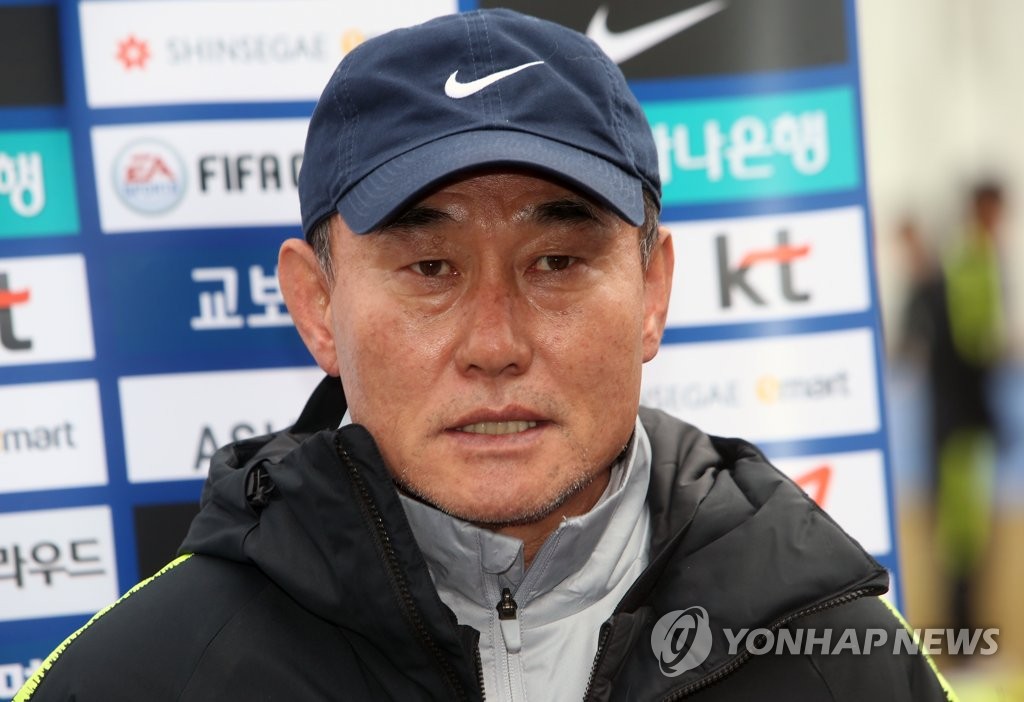 In the end, neither of the two got the green light, and SC Freiburg midfielder Jeong Woo-yeong ended up being the only Europe-based player for South Korea.

The run of bad luck didn't stop there. South Korea set up training camp in Kuala Lumpur, Malaysia, where they were to play Saudi Arabia in a practice match on New Year's Day. But heavy rains in the area that had soaked the field at Stadium Merdeka forced the match to be canceled.

South Korea had a 1-1 draw against Australia in a prep match last Friday and traveled to Thailand two days later.

Without the skilled Europe-based players, South Korea will look to stars from last year's under-20 national team that took the country to the final at the FIFA U-20 World Cup in Poland.

Two forwards from that squad, Oh Se-hun and Um Won-sang, made the U-23 team this time. Elsewhere, Busan IPark forward Lee Dong-jun, the 2019 MVP in the second-tier K League 2, will join Oh and Um on the attack. A pair of Daegu FC teammates from K League 1, Kim Dae-won and Jeong Seung-won, will man midfield.

In net will be Song Bum-keun of the 2019 K League 1 champions Jeonbuk Hyundai Motors. Song tied for the league lead with 15 clean sheets last year.