It marks the first time for a single department store branch to achieve the milestone, the company said. 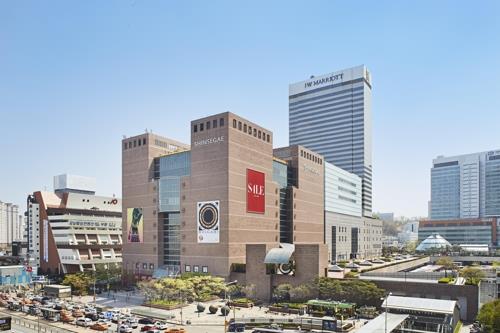 Shinsegae attributed its stellar performance to increased visits by foreign shoppers as its Gangnam outlet is adjacent to a number of five-star hotels, including the JW Marriott Gangnam.

Most of the top-buying foreign shoppers were from China, Taiwan and Russia, the company said.

The store also underwent major remodeling in 2016, in a move to provide a better luxurious in-store shopping experience by organizing items based on themes rather than brand.

The country's three major players -- Lotte, Hyundai and Shinsegae -- account for about 80 percent of the sector's sales in the country.