Speaking at a parliamentary confirmation hearing, Chung, a six-term lawmaker, said his idea is aimed at promoting the "cooperative" governance of state affairs in the face of deepened partisan tensions.

"I am planning to propose to the president an idea of forming a Cabinet that involves the participation of various political parties, after the April 15 general elections end," Chung said at the start of the two-day hearing.

He also vowed efforts to enhance communication between the government and the National Assembly and to promote social integration.

The nomination of the prime minister requires approval by the National Assembly.

Some critics have voiced concerns that his nomination could hamper the principle of separation of powers, given that he is a former parliamentary leader.

"The principle means separation of roles in (legal, administrative and judicial branches), but does not mean (the need to) separate (the roles) that a person can take," Chung said. "But I'll humbly reflect on such concerns."

The nominee also said that the government will make efforts to serve as a catalyst in shoring up the slowing economy and seek bold deregulation for a better business environment. 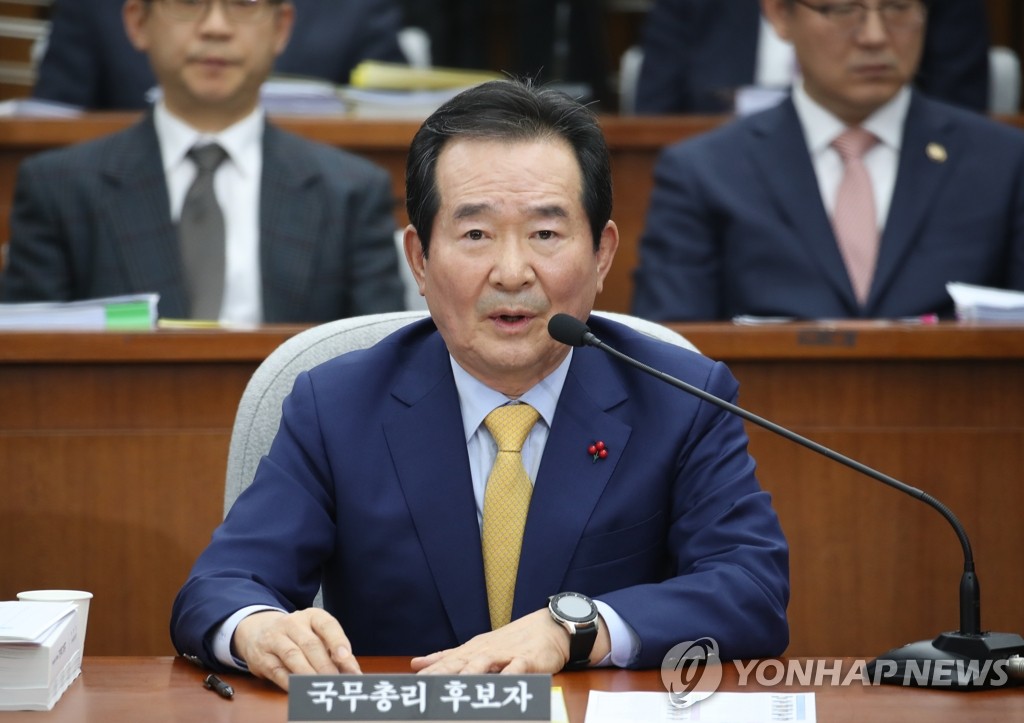