The Air Force unit, which previously was stationed in North Gyeongsang Province, was relocated to a former military installation at Mount Bukak behind the presidential office compound earlier this month, according to the sources.

The unit is believed to be equipped with PAC-2 and PAC-3 missiles designed to intercept incoming aircraft and missiles at altitudes of around 20-40 kilometers.

Starting in 2017, the military had pushed for the relocation one of its Patriot missile units to beef up the defenses of central and northern areas, as a U.S. Terminal High Altitude Area Defense (THAAD) missile defense battery in the southern county of Seongju was able to protect the south.

North Korea has been focusing on advancing its conventional weapons. It demonstrated new types of ballistic missiles last year capable of reaching most parts of South Korea, including its version of Russia's Iskander and the U.S.' Army Tactical Missile System (ATACMS). 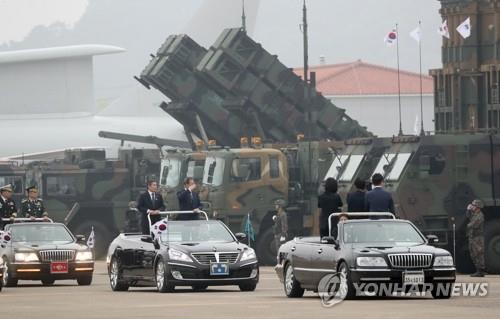