The first track of Younha's new album, "Unstable Mindset," released on Monday, made her the first South Korean female soloist to top the U.S. iTunes Top Song chart as the track sat atop the iTunes single charts in 43 countries and regions, according to C9 Entertainment.

Including the 43 countries, the iTunes single charts from a total of 70 nations and regions had the Younha-RM song listed in their top-10 lists, according to C9.

The collaboration came after the two artists' years of friendship.

"RM and I used to talk about our wish to collaborate since many years ago ... but I have been unable to suggest a collaboration without a proper subject or music for synergy, and (with the new album) I officially requested it," Younha said in a press release a day earlier, referring to her joint work with RM.

RM has been known to be a dedicated fan of Younha, supporting and recommending her music. 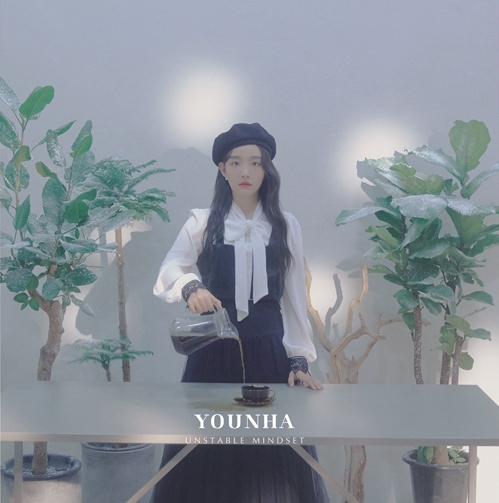