SEOUL/JEJU, Jan. 7 (Yonhap) -- Residents and visitors to Jeju Island witnessed the warmest January weather on Tuesday, with the daily low on the southern resort island rising to an all-time high of 18.5 C, a weather agency said.

According to the Korea Meteorological Administration (KMA), some regions on the nation's southern coast also reported their highest daily low temperatures for January amid an extended spell of unseasonably warm weather gripping the Korean Peninsula. 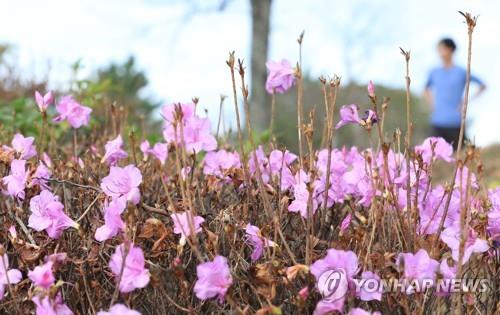 The KMA said the unseasonably warm weather has something to do with rain that soaked the entire nation from Monday.

It explained that while the Siberian high pressure, which usually brings cold air to Korea during the winter season, recently weakened, comparatively warm air has flowed into the nation along the southwesterly winds from the Pacific.

The absence of the so-called radiant cooling phenomenon has also contributed to the unseasonably high temperatures in the southern regions, it added.

"This winter, the cold is generally weaker and temperatures are higher than usual amid frequent rainfall. The development of high atmospheric pressure in the southern regions also led to the unseasonably high temperatures. The phenomenon of the record high daily low temperatures in January is exceptional," a KMA official said. 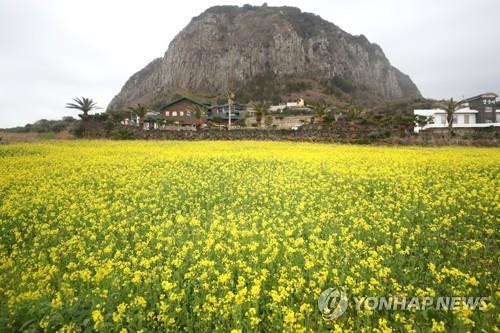 On Jeju Island, the daily high rose to 23 C, the highest January temperature in 97 years since record keeping began in 1923.

The KMA said the daily high is about 7 to 14 C higher than the 30-year January average on the island.

On the streets of Jeju, lightly clad residents and tourists were enjoying the springlike weather, with some of them seen wearing half-sleeve shirts.

At cafes, cold drinks sold better than hot ones.

"I wore a winter jacket unaware of unusually hot temperatures and sweat a lot even while standing still. I just now ordered cold coffee. There is little snow this winter, and the temperature is high so there is no winter atmosphere," said a cafe client in the city of Jeju.

A 50-year-old tourist, who just landed at Jeju International Airport, said he was disappointed with the island's unseasonal winter weather because he went there to see snow-covered Mount Halla.

"I'm afraid snow on Halla will melt as rain is forecast for tonight. I may run into spring flowers instead of snow while trekking on Mount Halla," said the tourist, who introduced himself as Park.