Lee, who is leading a delegation of the conservative main opposition Liberty Korea Party on a trip to Washington and Los Angeles, said he will deliver that message to U.S. government officials and lawmakers, including U.S. Assistant Secretary of State for East Asian and Pacific Affairs David Stilwell.

On Wednesday, the team plans to meet with Sen. Tom Cotton (R-AR) and Rep. Ted Yoho (R-FL), ranking member of the House Foreign Affairs Subcommittee on Asia, the Pacific, and Nonproliferation.

"If we consider that North Korea has nearly reached the status of a nuclear weapons state, we must protect our citizens from a nuclear attack," Lee told a group of reporters. "In order to do that, we must create a balance of terror, and for that ... we must further strengthen the South Korea-U.S. alliance and make certain our confidence in the (U.S.) nuclear umbrella." 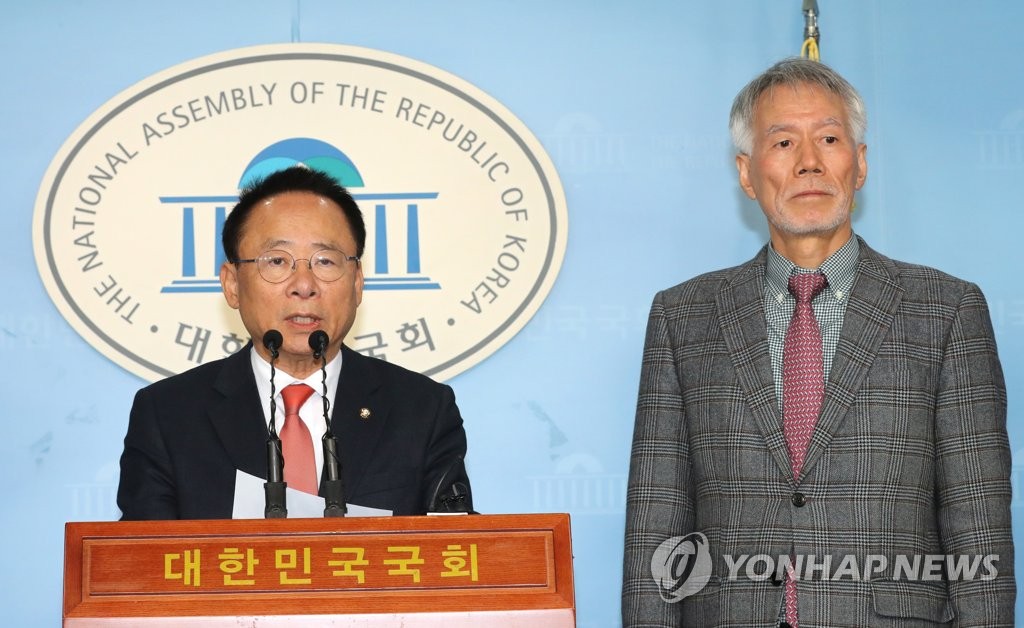 Lee explained doing that could entail deploying U.S. strategic assets to the Korean Peninsula more frequently or sending a nuclear submarine to the East Sea.

"North Korea has pretty much revealed that it won't denuclearize," the deputy speaker continued. "It takes time to extend the nuclear umbrella from Guam or (U.S.) bases in Japan, so we must ask for a more reliable nuclear umbrella we can increase our confidence in."

Lee said he believes denuclearization negotiations between Washington and Pyongyang have nearly reached a point of collapse.

On defense cost-sharing negotiations between Seoul and Washington, he said his party finds it unreasonable for the U.S. to demand a sudden hike in Seoul's contributions.

The delegation hopes to tell the U.S. side that Washington should focus more on the value and philosophy of the bilateral alliance in the negotiations, he added.