(ATTN: UPDATES with reaction of business lobby in 9th para)
By Kim Deok-hyun

SEJONG, Jan. 7 (Yonhap) -- President Moon Jae-in on Tuesday put his top economic priority on stepping up a drive for innovation to help lift the economy's recovery momentum, expressing confidence that the nation's economy will make a fresh leap this year.

In his annual New Year's address, Moon said he will "work hard to revitalize the economy by further strengthening innovation" and that the nation's economy will achieve a rebound in both exports and facility investment this year.

As his single, five-year term passed the halfway point last November, Moon also emphasized that, "This year should be when we earnestly reap tangible results from the policies my administration has carried out so far." 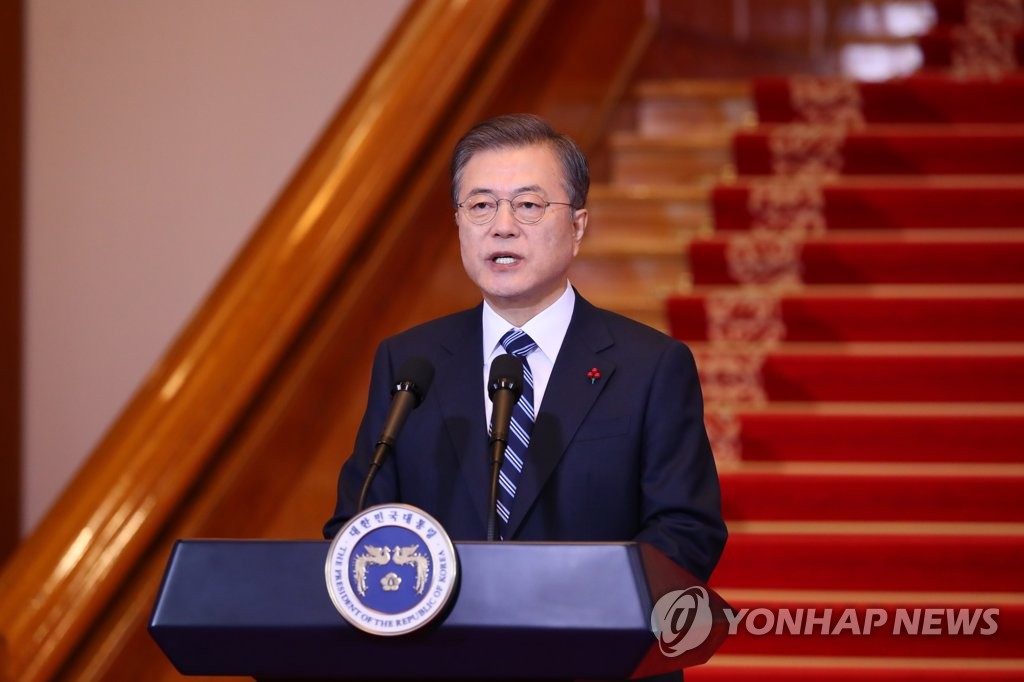 To spur an economic recovery, Moon said the government will help further encourage investment through large investment projects worth 100 trillion won (US$86.5 billion) in both the public and private sectors.

As part of the government's initiative to boost the economy through investment, state-run institutions will expand this year's investment to 60 trillion won, up from 55 trillion won last year.

Regulations that hinder the entry and growth of new technologies and new industries will be lifted drastically, Moon said.

The Federation of Korean Industries, which represents large businesses, said it expects tangible economic achievements through deregulation and innovative growth.

South Korea's economy is predicted to have suffered its weakest annual growth in a decade last year, hit by a lengthy U.S.-China trade war and a cyclical slump in the memory chip sector. 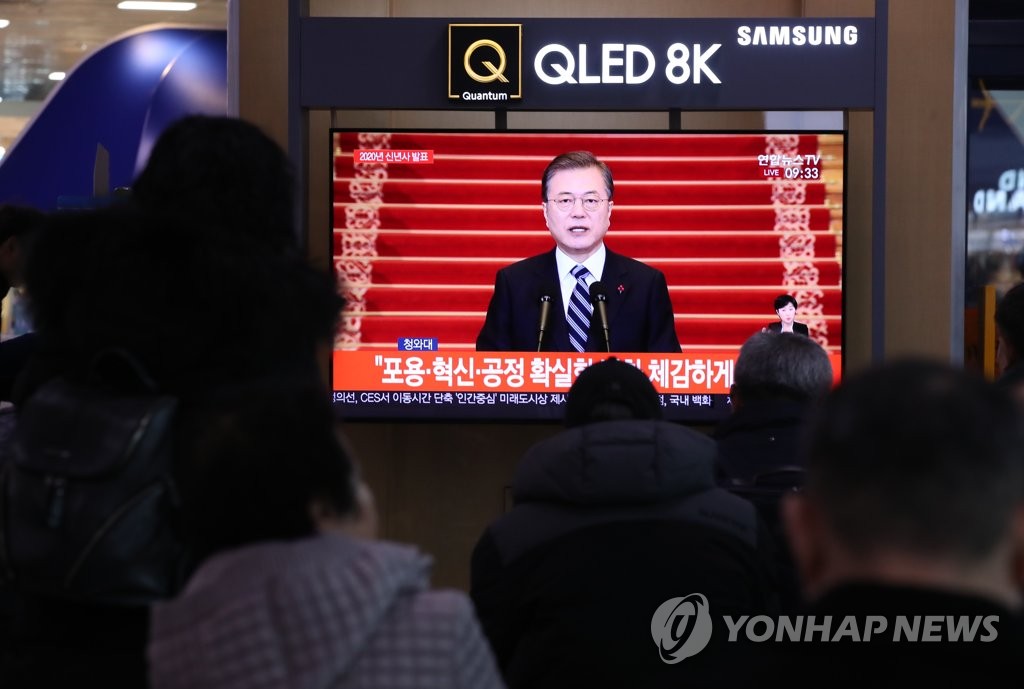 On the property market, Moon again vowed to stabilize home prices in Seoul and its neighboring areas.

"(We) will never be defeated in the war against real estate speculation," Moon said.

Moon also unveiled a plan to push for the revision of laws to foster a "fair economy" and the encouragement of "sound management" by local conglomerates.

Since his inauguration, Moon has worked to resolve the issue of large business groups' cross-shareholdings and rectify unfair trade practices by big firms.