Jeong Ho-young said a mini laptop with LG Display's foldable screen will be available in the market this year. The prototype of a 13.3-inch foldable OLED screen, which is reportedly for Chinese tech giant Lenovo, was on display at the company's booth at the Consumer Electronics Show (CES) in Las Vegas, Nevada.

"Whether it is smartphone, laptop or tablet, we're ready to make foldable displays," Jeong told reporters at a press conference before CES 2020 officially opens on Tuesday. "Depending on our customers' plan and product release schedule, our foldable screens will be released in order." 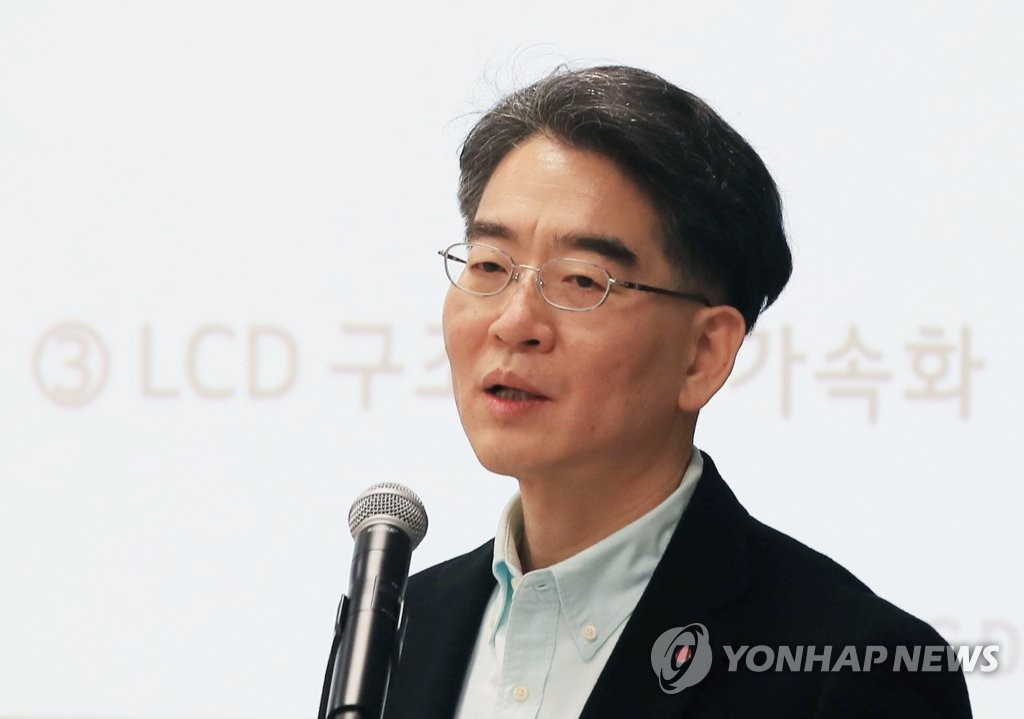 LG Display emphasized that the company's foldable product will have its own competitiveness.

"It's difficult to compare with other companies' products," Kang In-byeong, chief technology officer at LG Display, said. "We are working for our own design concept."

Both Samsung Display and LG Display make OLED panels, but the former is more specialized in screens for smartphones, while the latter is the No. 1 maker of large-size OLED sheets for TVs.

But with the latest announcement, LG Display added that it will beef up its competitiveness in small OLED screens for IT devices such as laptops and tablets.