SEOUL, Jan. 7 (Yonhap) -- President Moon Jae-in instructed the Cabinet on Tuesday to quickly gear up to launch a non-prosecution agency tasked with looking into corruption by high-ranking government officials.

He issued the call at Cheong Wa Dae while presiding over the first Cabinet meeting of 2020, in which the promulgation of related legislation was approved, according to the presidential office's deputy spokesman, Han Jung-woo.

Late last year, the National Assembly passed a bill to establish the body despite ferocious protests by the main opposition party, the conservative Liberty Korea Party.

The measure is aimed at reforming the prosecution, as it is accused of wielding excessive power and being subject to political influence. The core measure was one of Moon's top presidential campaign pledges. 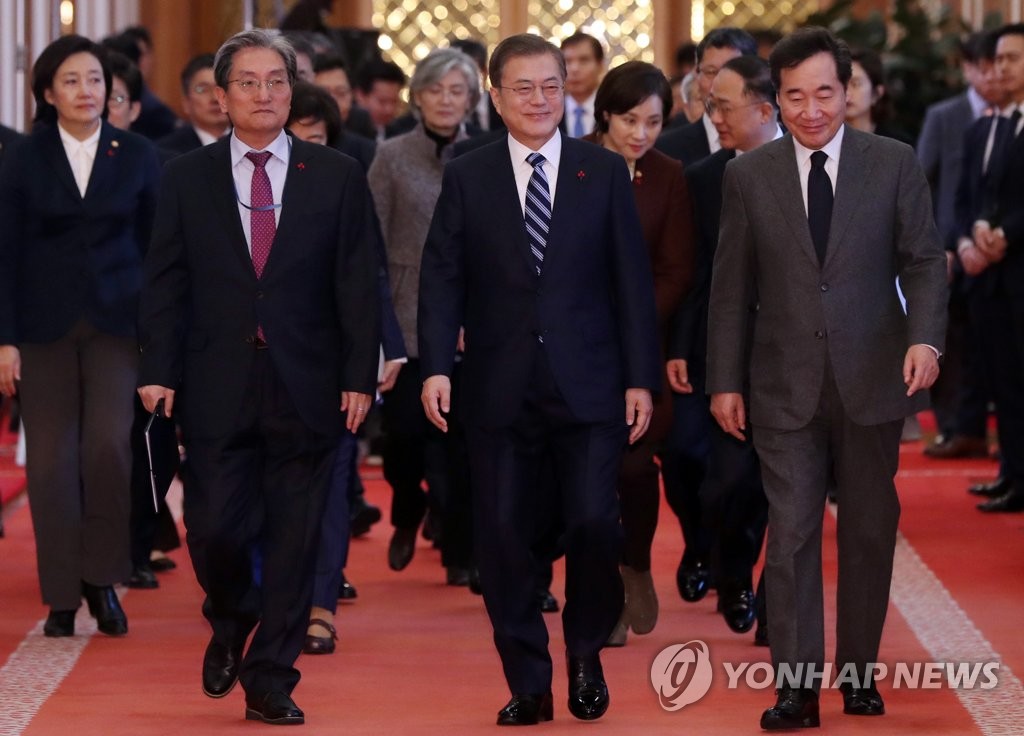 The unit is expected to be established as early as July.

With the relevant legislation to take effect in half a year, the authorities are pressed for time to prepare for its creation, Moon was quoted as saying.

He called for speedy and complete preparations, Han said.

It is to be comprised of two dozen "prosecutors," plus 30-40 investigators. Veteran lawmakers or retired judges as well as sitting state prosecutors will be able to work at the agency.

Cheong Wa Dae and the ruling Democratic Party (DP) say such an organization, first proposed in 1996, is necessary for "checks and balances" in the country's law-enforcement system.

Critics, however, liken it to Nazi Germany's Gestapo, voicing concern that it would serve as a secret investigation team for the Moon administration by overpowering the prosecution. They say it may be used as a tool to suppress probes into potential allegations of corruption, involving Moon and his aides, by state prosecutors.

DP lawmakers dismissed the assertion as groundless and malicious, noting that the prosecution has around 2,300 prosecutors and more than 7,000 investigators nationwide.

They called it as tantamount to David versus Goliath.

The Cabinet, meanwhile, endorsed the proclamation of legislation on electoral reform, which would expand the proportional representation system to elect new lawmakers.

It will also lower the voting age to 18 by one.