SEOUL, Jan. 7 (Yonhap) -- North Korea is an overused subject in South Korean entertainment, as its decades of isolation and the historical division of the Korean Peninsula keep inspiring creative minds here with romance, friendship, family love and altruism.

A number of films and TV series like the mystery thriller "Joint Security Area" (2000), the action film "Confidential Assignment" (2017) and MBC's romance drama "The King 2 Hearts" (2012) were commercial successes on the big and small screens.

But the unpredictable fluctuations of diplomatic and military tensions in the region often affect the production and release of TV dramas and films dealing with North Korea.

Amid the recent nuclear standoff between Pyongyang and Washington and the strained inter-Korean relationship, an increasing number of people are complaining of seeing inappropriate romances or friendships between South and North Korean heroes and heroines.

The action-adventure film "Ashfall," released Dec. 18, and tvN's weekend romantic comedy "Crash Landing On You," which first aired Dec. 14, are at the center of the controversy for depicting North Korea as a normal country -- even an ideal one. 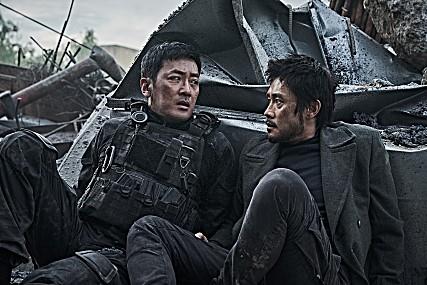 "Ashfall," which has attracted more than 7.5 million moviegoers so far, is a Hollywood-style disaster flick about two South and North Korean military officers' efforts to prevent a massive eruption of Mount Paekdu on the northern tip of the Korean Peninsula.

Some criticize "Ashfall" for glorifying the North, as the film spotlights the heroic acts of North Korean agent Joon-pyeong (Lee Byung-hun), who is superior to his South Korean counterpart, In-chang (Ha Jung-woo), in carrying out the mission.

"Crash Landing On You" is a story about an heiress of a big-name fashion business in the South who crash lands in North Korea and meets a North Korean soldier after she is blown away by a windstorm while paragliding.

Thanks to the on-screen chemistry of two of the country's hottest stars, Hyun Bin and Son Ye-jin, the drama won rave reviews especially from female fans, and it received a viewership of 9.2 percent for its latest episode.

But others say they feel uncomfortable watching the peaceful North Korean village and nice people -- a far cry from the hopeless reality of the reclusive country seen on the news.

The producer of the series was cautious about the issue, saying that he did not intend to idealize the North and its people.

"North Korea exists in the real world, but in the drama, it's just a space for the characters," director Lee Jung-hyo said in a press conference last month. "For example, the two meet at the Demilitarized Zone, which is depicted as a fantasy place." 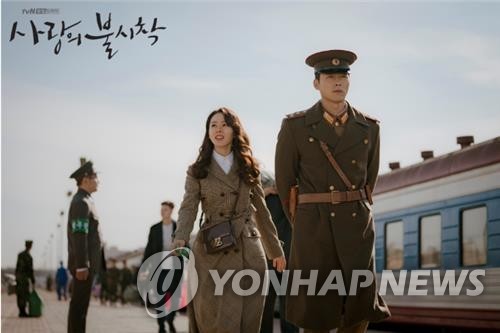 In 2020, nevertheless, a series of films featuring North Korean stories are set to hit local screens and the controversy will likely continue.

"Summit: Steel Rain," directed by Yang Woo-suk, is about the leaders of the United States and South and North Korea being abducted at a tripartite meeting. Director Ryoo Seung-wan's "Escape" is based on the true story of South and North Korean diplomats' escape from a Somali civil war in the 1990s.

"Many South Korean audiences see films as separate from real politics and (instead) focus on entertainment," culture critic Jeong Ji-wook said. "But producers and directors should be more cautious when dealing with North Korean themes."