SEOUL, Jan. 7 (Yonhap) -- South Korea unveiled a set of measures to enhance road safety for children in school zones Tuesday in the follow-ups to the parliamentary passages of related bills.

The government will also raise the fine to 120,000 won (US$102.98) from the current 80,000 won for drivers violating parking and stopping rules in school zones. It plans to introduce drop-off zones, where children can safely get in and out of vehicles. 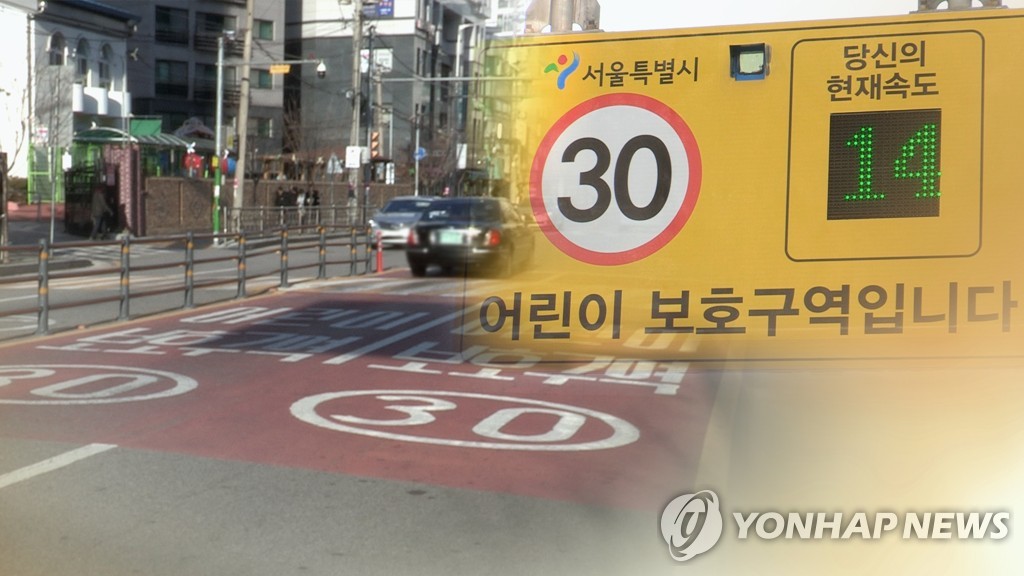 In December, the National Assembly passed road safety bills, each named after the two boys who died from safety accidents.

The bills are aimed at reinforcing transportation safety for children by mandating surveillance cameras in school zones to prevent speeding and by installing safety facilities, such as signs in parking lots.

In South Korea, the area within a 300-meter radius from the main gate of an elementary school is designated as a school zone. Inside the zone, parking and stopping are prohibited, and a 30 kph speed limit is enforced.

The current road transportation law stipulates that the speed limit is 30 kph in the zone. But in reality, the implementation of the law is lax, given that some school zones have a 40 kph speed limit.

The government plans to strictly enforce its measures so that the speed limit is lowered to 30 kph in all school zones across the country.

To this end, South Korea plans to complete the installment of speed cameras and traffic lights in school zones by 2022.

"The government is targeting making the number of children who die in car accidents in school zones zero by 2022," Interior Minister Chin Young told a press briefing.