SEOUL, Jan. 7 (Yonhap) -- South Korean stocks closed sharply higher as investors set out for bargains amid eased uncertainties over oil prices prompted by tensions in the Middle East. The Korean won jumped against the U.S. dollar.

On Monday, the index plunged nearly 1 percent on growing concerns over military tensions between the United States and major oil-producing states in the Middle East that came after a U.S. drone strike killed the head of an elite Iranian force late last week.

Iran has vowed to take corresponding measures, while the U.S. has said they will lead to additional strikes against multiple Iranian targets.

Global oil prices have since skyrocketed.

"The market anxiety still persists as the conflict between the United States and Iran continues, while the possibility of retaliation by Iran has been raised," said Kim Hoon-gil, an analyst at Hana Financial Investment.

"But the stock market showed a gradual rebound on a view that there will unlikely be additional armed clashes," the analyst added. 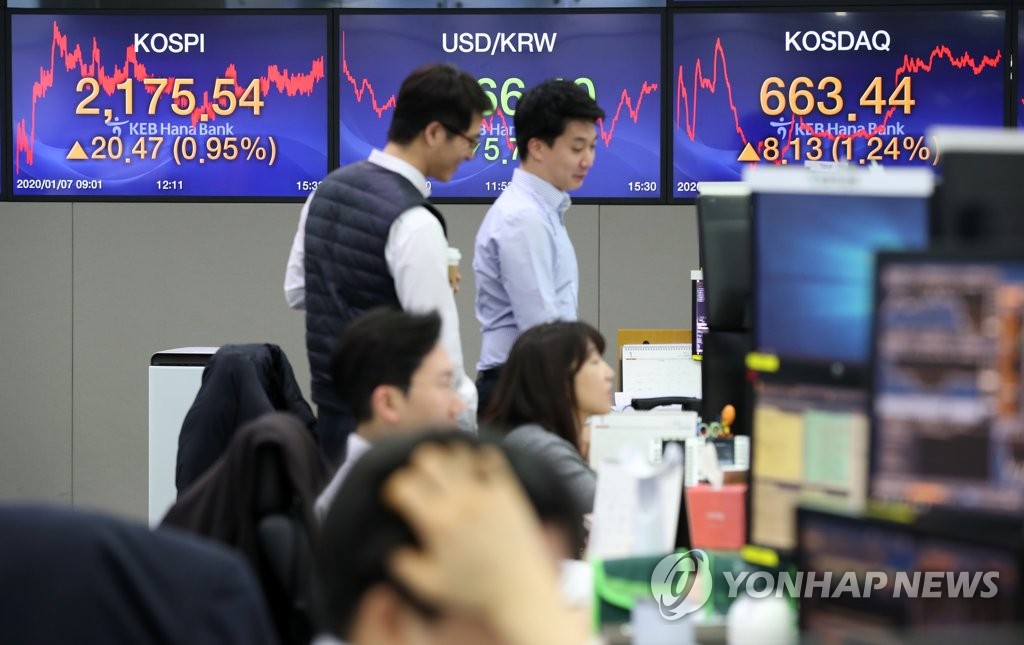 Lee Sang-jae, an analyst at Eugene Investment & Securities, noted Middle East risks have rarely had any long-term effects on the financial market.

"Also, the uncertainties over global oil prices have been somewhat eased by a U.S. decision to boost its oil production," Lee said.