"I think your visit is meaningful as you are the first foreign guest (to the ministry) this year," Kang said after exchanging New Year's greetings with the Japanese envoy.

Tomita responded, "It is an honor that you greeted me as the first foreign guest in 2020." 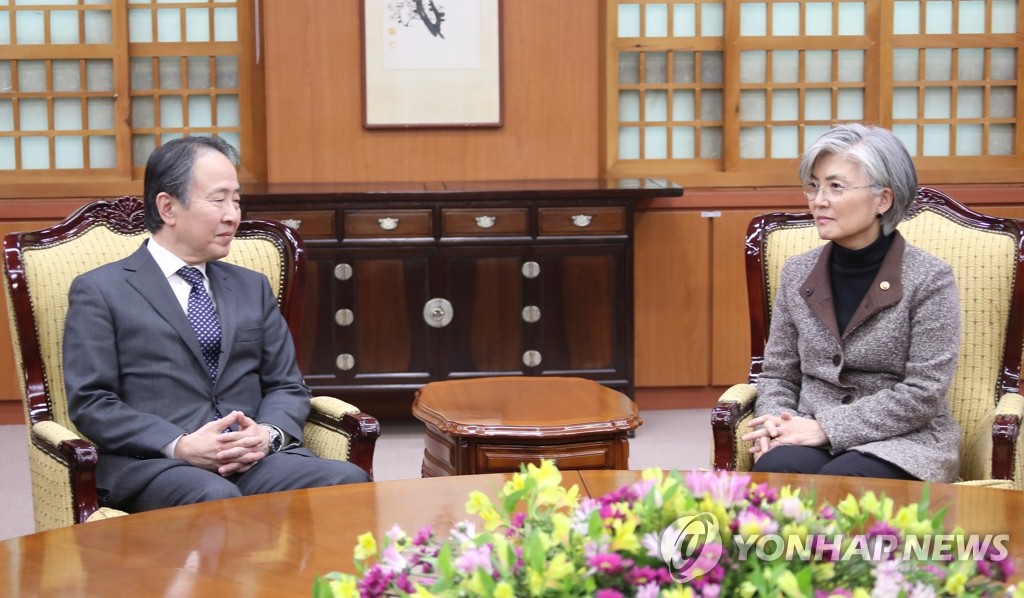 Before the meeting with Tomita, Kang met nine senior members of the Korean Residents Union in Japan, better known as Mindan.

At the meeting, Kang pledged to continue efforts to improve relations between Seoul and Tokyo while expressing sadness over their difficulties stemming from historical feuds between the two countries.

The union members voiced hope for the restoration of exchanges among citizens of the two countries, citing a recent sharp drop in the number of South Korean tourists to Japan.