SEOUL, Jan. 7 (Yonhap) -- South Korea stumbled out of the gate at the Asian Olympic men's volleyball qualifying tournament on Tuesday, falling to Australia in a five-set nail-biter in China.

There are two pools of four countries each. The top two from each side will advance to the semifinals and only the winner will play at the 2020 Tokyo Olympics.

South Korea is trying to qualify for its first Olympic men's volleyball tournament since 2000.

Despite Tuesday's loss to the 15th-ranked Australia, South Korea's hopes of making it out of the preliminary round in China are very much alive. Coached by Im Do-hun, South Korea (world No. 24) will next face India (131st) on Wednesday and Qatar (33rd) on Thursday. 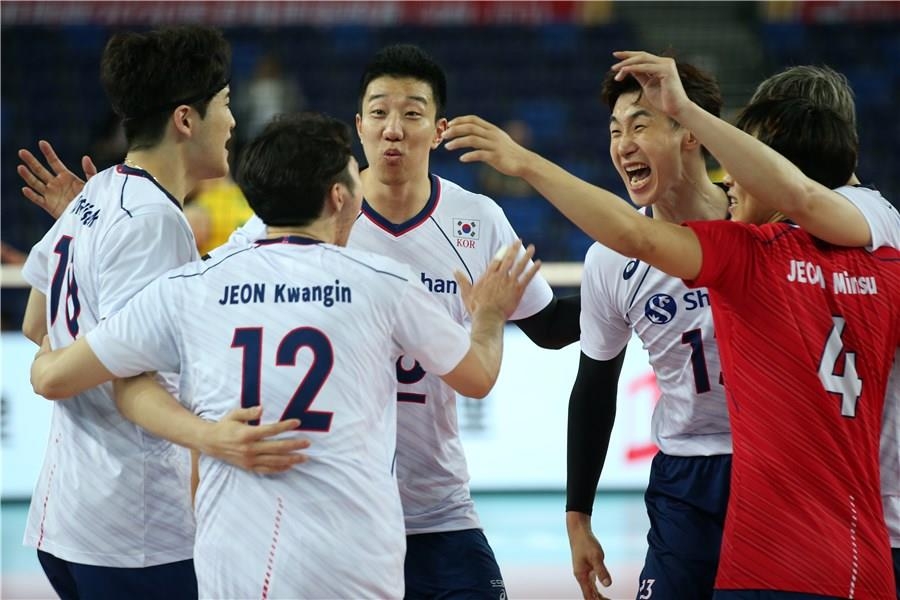 South Korea built a 17-12 lead in the first set, but Australia battled back to cut it to 19-18. Park stepped up to score some key late points as South Korea closed out the set 25-23.

Australia returned the favor in the second set by winning it 25-23. Then in the third set, South Korea rallied from a 21-15 deficit to move to a set point at 24-23. Australia forced deuce at 24-24 and got the next two points to take the 2-1 lead in sets.

South Korea won the fourth set 25-20 and then took an early 6-4 lead in the deciding fifth frame.

Sitting at match point with a 14-13 lead, Edgar's miscue led to deuce. The teams battled all the way to 17-17, before Australia secured the next two points for the hard-fought win. 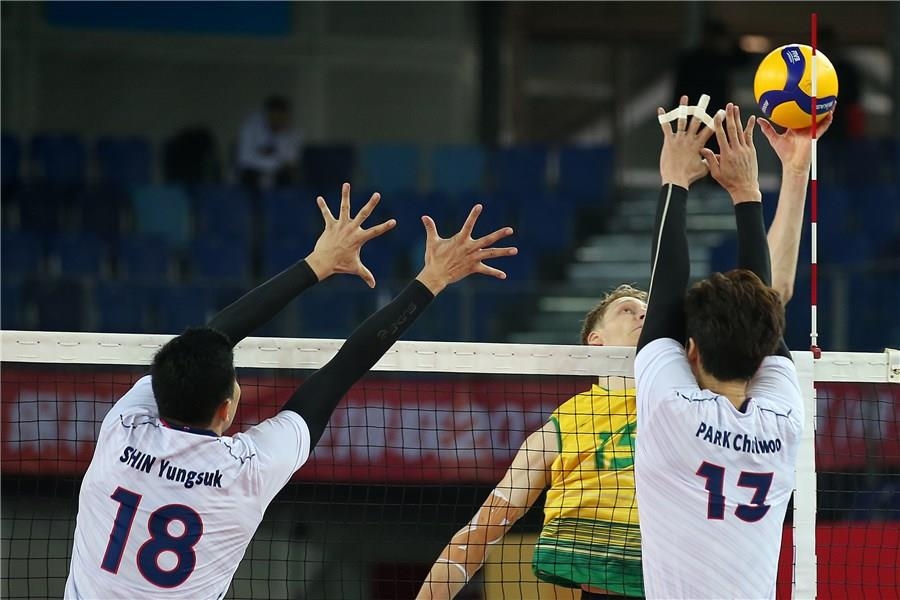