SEOUL, Jan. 7 (Yonhap) -- The foreign ministry held an interagency meeting Tuesday to discuss ways to minimize any negative impact from rising tensions between the United States and Iran on South Korean firms trading with the Islamic republic.

Yun Kang-hyeon, the deputy foreign minister for economic affairs, presided over the meeting which also involved officials from the industry and economy ministries, and the Financial Services Commission.

The officials decided to continuously pursue the resumption of trade in humanitarian products with Iran through won-based accounts at Korean banks and help South Korean firms retrieve outstanding contract money from their Iranian clients.

"The participating officials decided to offer active support to minimize any damage to our businesses and ensure they can carry out their business activities stably," the ministry said in a press release.

Last week's U.S. airstrike that killed a top Iranian general has raised fears of war between Washington and Tehran, and of adverse impact on trade ties between South Korea, a core ally of the U.S., and Iran. 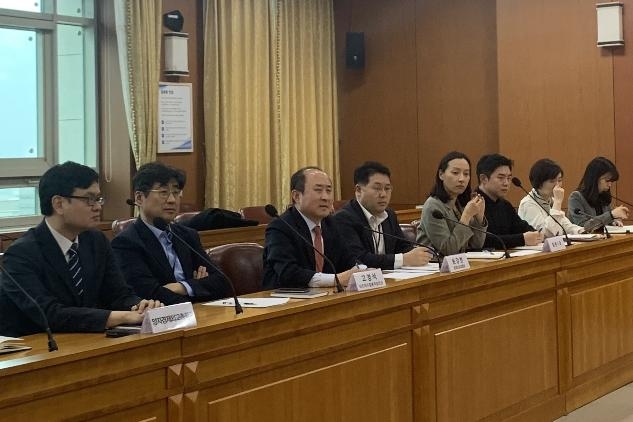