The winner of this qualifying event will advance to the 2020 Tokyo Olympics. Coached by Italian Stefano Lavarini, South Korea is trying to make it to its third straight Summer Games.

South Korea will next play Iran (world No. 39) on Wednesday and Kazakhstan (No. 23) on Thursday.

Seven teams have been divided into two groups, with the host country Thailand in Pool A with Chinese Taipei and Australia. The two best teams from each group will advance to the semifinals on Saturday, followed by the final on Sunday, all at Korat Chatchai Hall. 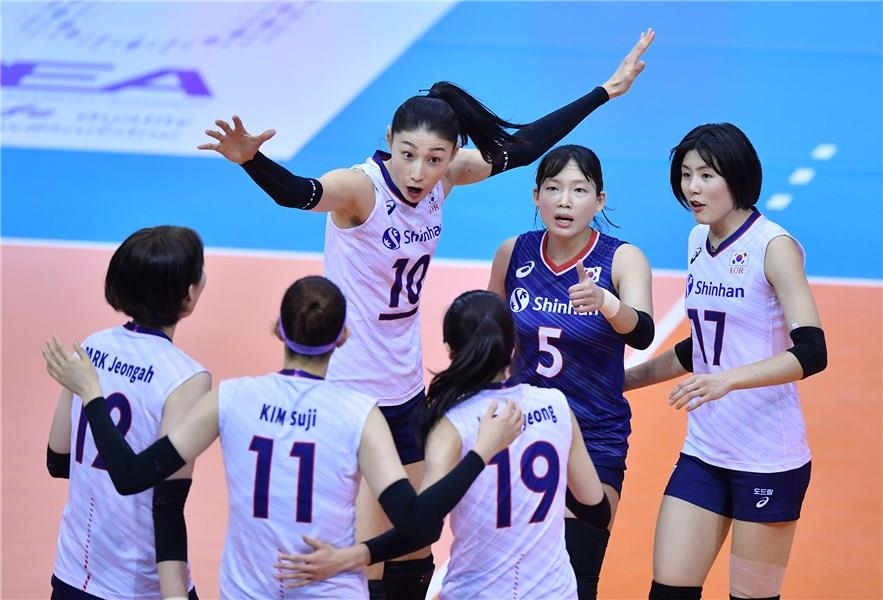 Indonesia tried to give the heavily favored South Korea a run for its money early on, and the teams were tied at 12-12 in the first set. South Korea pulled ahead to 14-12. And then from 14-13, Kim went to work, scoring four straight points with a spike and three blocks in a row. South Korea took the opening set 25-18.

South Korea claimed the next set 25-10 in just 21 minutes. With her team up 7-4, Kim picked up three straight aces to blow it wide open, and South Korea had the next four points as well for a 14-4 lead.

South Korea charged out to a 5-0 lead to start the third set, and the lead quickly ballooned to 10-2 as South Korea went on to close out an easy win.

Six players contributed at least seven points apiece for South Korea, who enjoyed a 13-1 advantage in aces and a 9-0 edge in blocks.

Kim, one of the world's best wing spikers, led all players in scoring despite sitting out most of the second set and the entire third set. 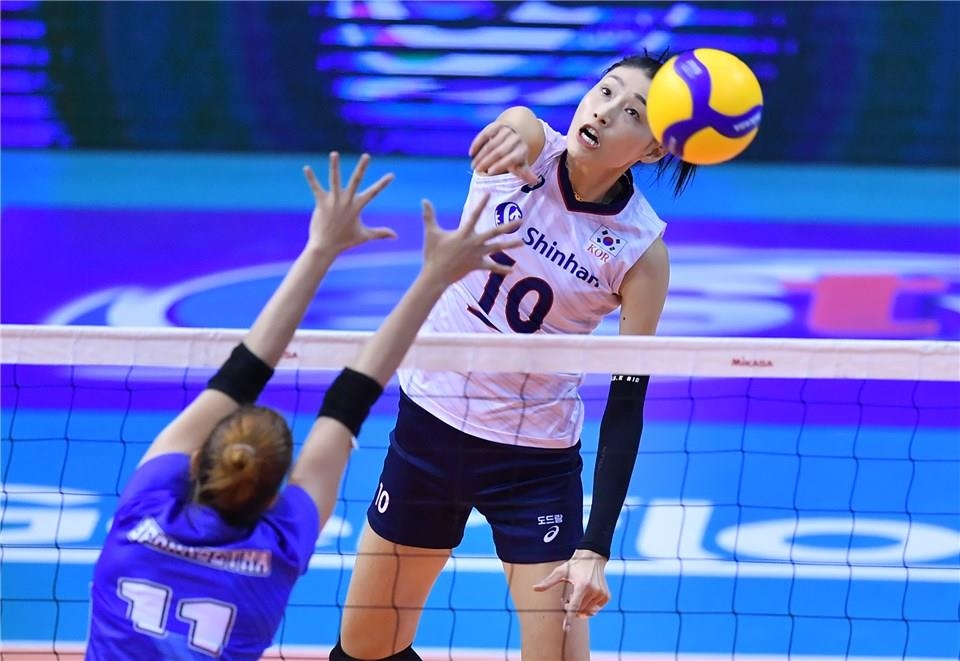