Amb. Harry Harris made the remarks in an interview with South Korean broadcaster KBS. Qassem Soleimani, the head of Iran's elite Quds Force, was killed in a drone strike on Friday.

"I would hope that Korea will send forces out there," Harris said, noting that South Korea gets "so much of" its "energy from the Middle East."

The airstrike has raised expectations that Washington will step up calls for its allies to contribute to maritime security operations in the waterway that hosts key shipping lanes for 20 percent of world oil trade and more than 70 percent of South Korea's oil imports.

Earlier in the day, Seoul's foreign ministry said no decision has been made yet on whether to send troops to the region, adding that an interagency review is under way in consideration of the need to protect South Korean ships and nationals that pass through the strait.

Regarding the defense cost-sharing talks between Seoul and Washington, Harris said the two sides are at the final stage of their negotiations.

"We have compromised our position, so we'll see what the outcome is next week," he said, referring to the next round of meetings between the two sides expected to take place in Washington.

Touching on North Korea, Harris said he wants to see "progress toward denuclearization in lockstep with success or progress in inter-Korean relations," adding that issues such as North Korean leader Kim Jong-un's visit to South Korea "should be done in consultations with" the United States.

Earlier in the day, President Moon Jae-in called for efforts to create conditions to materialize Kim's visit to Seoul.

The ambassador said the "door remains open for negotiations" with North Korea, but also warned that the U.S. is "ready to fight tonight if need be," when asked about the U.S. plan for the North's possible launch of an intercontinental ballistic missile in the near future. 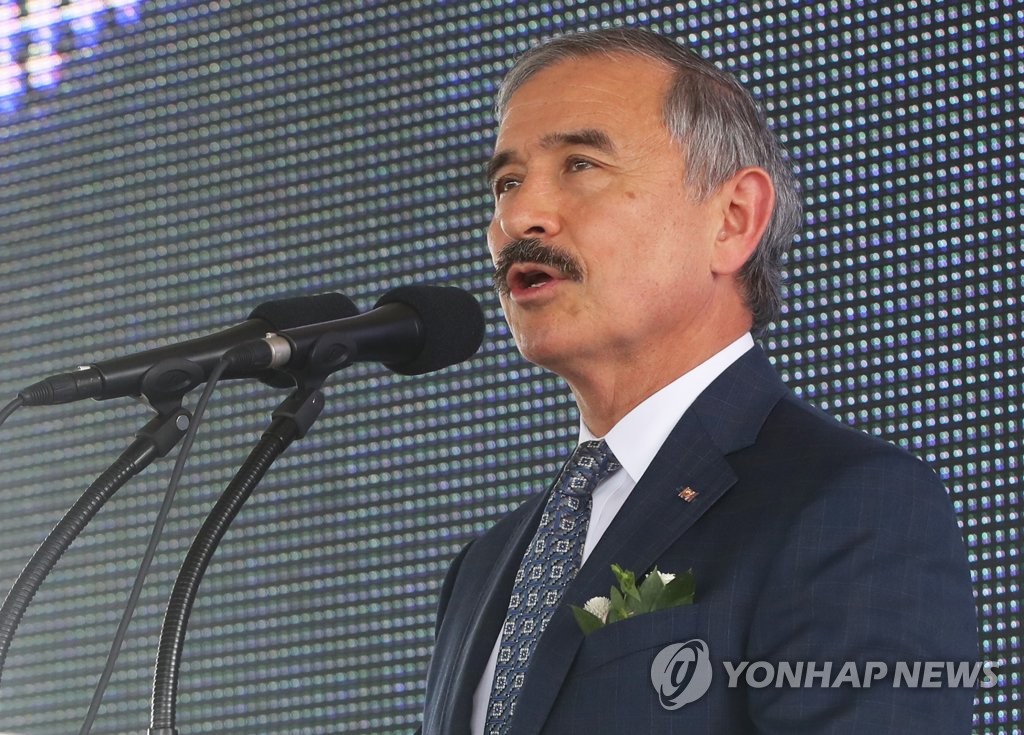