He is scheduled to meet Wednesday with his American and Japanese counterparts -- Robert O'Brien and Shigeru Kitamura. 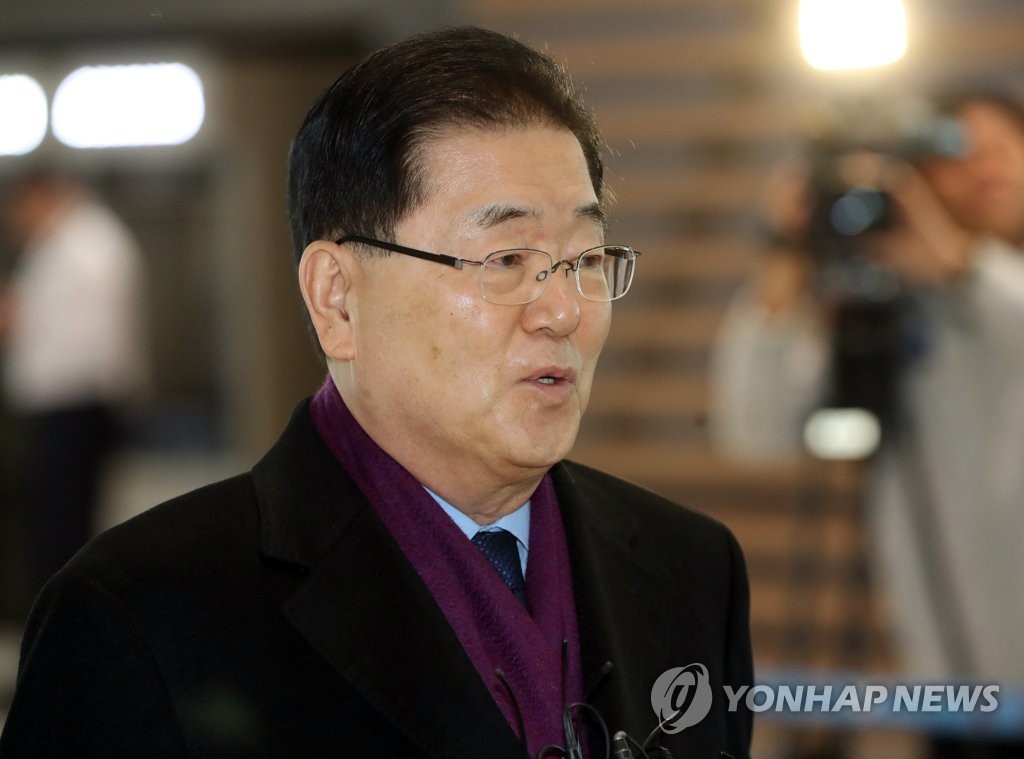 Chung's visit comes after North Korean leader Kim Jong-un threatened in a New Year's message to "shift to a shocking actual action" as denuclearization talks with Washington have stalled for almost a year.

Kim also said he saw no reason to be bound any longer by his own moratorium on nuclear and intercontinental ballistic missile tests, and threatened to soon showcase a "new strategic weapon."

"I believe we will talk about the recent situation on the Korean Peninsula and ways to bring permanent peace to the peninsula through denuclearization negotiations," Chung told reporters at Seoul's Incheon International Airport before departing for Washington.

Asked if they plan to discuss the possibility of deploying South Korean troops to the Strait of Hormuz, he said, "We will talk about our views on various different issues, too."

As tensions between Washington and Tehran escalate following the U.S. slaying of top Iranian general Qassem Soleimani last week, Seoul has been reviewing its options to contribute to security operations in the region.

U.S. Ambassador to South Korea Harry Harris said in an interview with South Korean broadcaster KBS that he hopes South Korea will send troops to the critical waterway in the Strait of Hormuz, given that it gets "so much of" its energy from the Middle East.

Wednesday's meeting is also expected to serve as an opportunity to reaffirm the need for trilateral cooperation among the three countries following the near-termination of a military intelligence sharing pact between Seoul and Tokyo.