Trump wrote a note Monday in response to Amb. Lee Soo-hyuck's letter accompanying his credentials, the embassy said in a press release. Lee presented his credentials to the U.S. president the same day.

Trump hailed the alliance as a "linchpin" of regional peace and security, it said, and noted the development of the bilateral relationship into a global partnership.

"Moreover, he reaffirmed the commitment of South Korea and the U.S. to achieve the joint goal of North Korea's final, fully verified denuclearization, and expressed hope that South Korea-U.S. economic cooperation relations will deepen with the implementation of the 2019 revised free trade agreement," the embassy said.

Lee took over as ambassador in October.

He asked Trump during the credentialing ceremony to continue to show leadership on the North Korean nuclear issue and the president said in response that he would do so, the embassy said in an earlier press release. 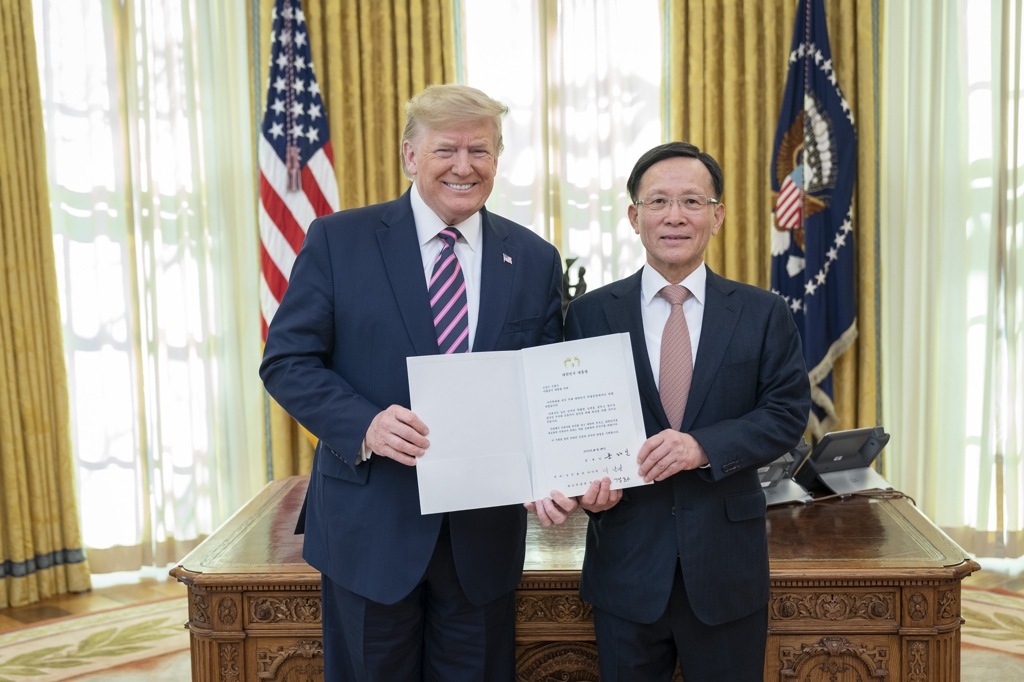