SEOUL, Jan. 8 (Yonhap) -- Samsung Electronics Co. said Wednesday its operating earnings dipped more than 30 percent in the fourth quarter of last year from a year earlier due to weak chip prices, but its performance was better than the market had expected.

The operating profit was estimated at 7.1 trillion won (US$6.1 billion) in the October-December period, a 34.26 percent drop from a year ago, according to its earnings guidance.

The figures were above market expectations of 6.5 trillion won in operating profit in the survey conducted by Yonhap Infomax, the financial arm of Yonhap News Agency, on 22 Korean brokerage houses.

Sales decreased 0.5 percent to 59 trillion won over the cited period. The data for net profit was not available. 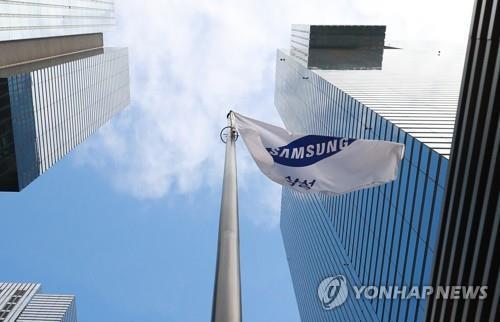 The earnings guidance was announced before the local stock market opened.