SEOUL, Jan. 8 (Yonhap) -- The defense cost-sharing talks between South Korea and the United States stand "at a crossroads" of a possible deadlock or major compromise, a Seoul official said Wednesday, ahead of the next round of their negotiations as early as next week.

His remarks came a day after U.S. Ambassador to South Korea Harry Harris said in a media interview that the negotiation over how much Seoul should pay for the upkeep of the 28,500-strong U.S. Forces Korea (USFK) is heading toward its last stage and that Washington's top negotiator James DeHart is "optimistic."

"Now, it appears right to say that the two sides are at a crossroads that may determine whether the negotiation will slide into a deadlock or into a prolonged one, or whether the talks will lead to a chance to dramatically narrow differences," the official told Yonhap News Agency on condition of anonymity.

"Differences still remain as we said last year, but we have greatly broadened our understanding. Thus, we still need to wait and see," he added.

Last year's cost-sharing accord, called the Special Measures Agreement (SMA), expired last month, a reason why Seoul and Washington have been under pressure to clinch a new SMA.

South Korea's chief negotiator Jeong Eun-bo and his U.S. counterpart, DeHart, held their last negotiation in Seoul last month but failed to reconcile gaps on such key sticking points as the total amount of Seoul's financial contributions and what should be included in the SMA.

After the talks, DeHart hinted that the U.S. retreated from its initial demand for a fivefold increase to US$5 billion in Seoul's payments, while noting the SMA framework should be adjusted to capture the "full range" of the defense costs, including "all rotations of our military personnel to the peninsula."

Jeong and DeHart are expected to hold another round of talks in Washington as early as next week, with the exact date of the talks yet to be announced.

In Tuesday's interview with the local broadcaster KBS, the top U.S. envoy in South Korea, Harris, voiced optimism for the upcoming SMA talks.

"We've compromised our position. So we will see what the outcome is next week," he said. "Mr. DeHart is optimistic."

But the Seoul official struck a cautious note.

"There are still differences in our views on key sticking points," he said.

Last year's 10th SMA required South Korea to pay around US$870 million, an increase of 8.2 percent from the previous year. 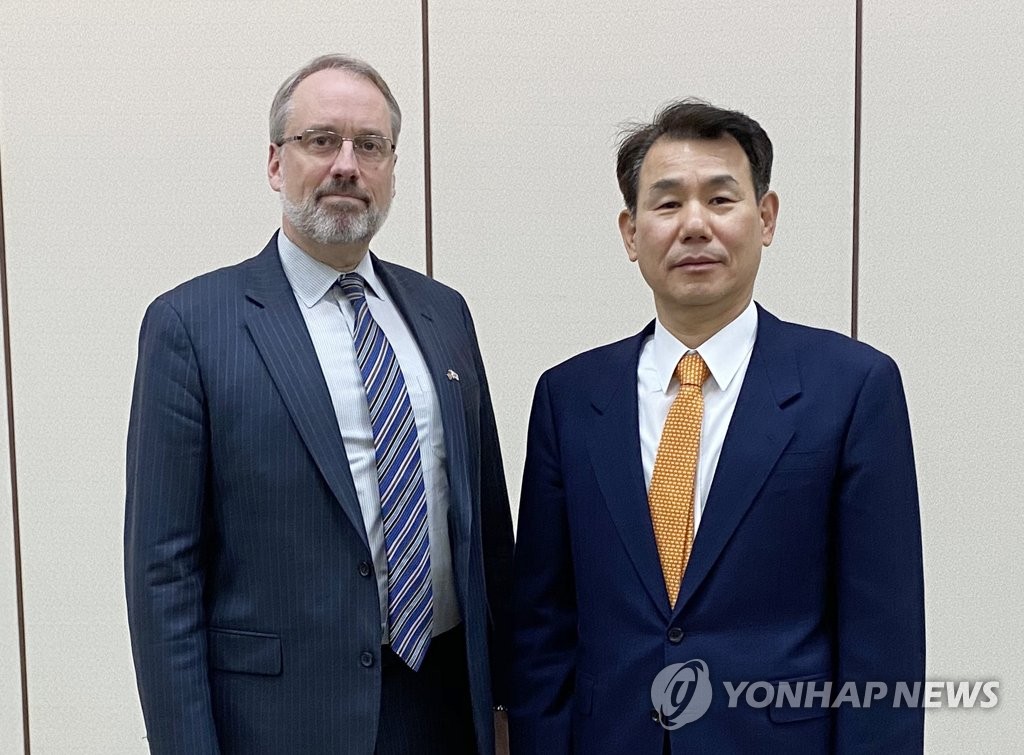