LAS VEGAS, Jan. 7 (Yonhap) -- Samsung Electronics Co.'s new robotic ball unveiled at the Consumer Electronics Show (CES) in Las Vegas, Nevada, is not a robot but an "interactional device," since it can provide a better connected experience to users by controlling other smart electronics, a company executive said Tuesday (local time).

Kim Hyun-suk, President and CEO of Samsung's Consumer Electronics division, unveiled "Ballie" at the company's pre-show keynote event on Monday and demonstrated what the ball-shaped bot can do -- controlling other smart devices and serving as a personal assistant.

But Kim doesn't see Ballie as a robot.

"Ballie is not a robot but an interactional device," Kim said at a press meeting for Korean reporters at CES the following day. "Ballie itself isn't a big deal. But it becomes a big deal when it is connected with other devices." 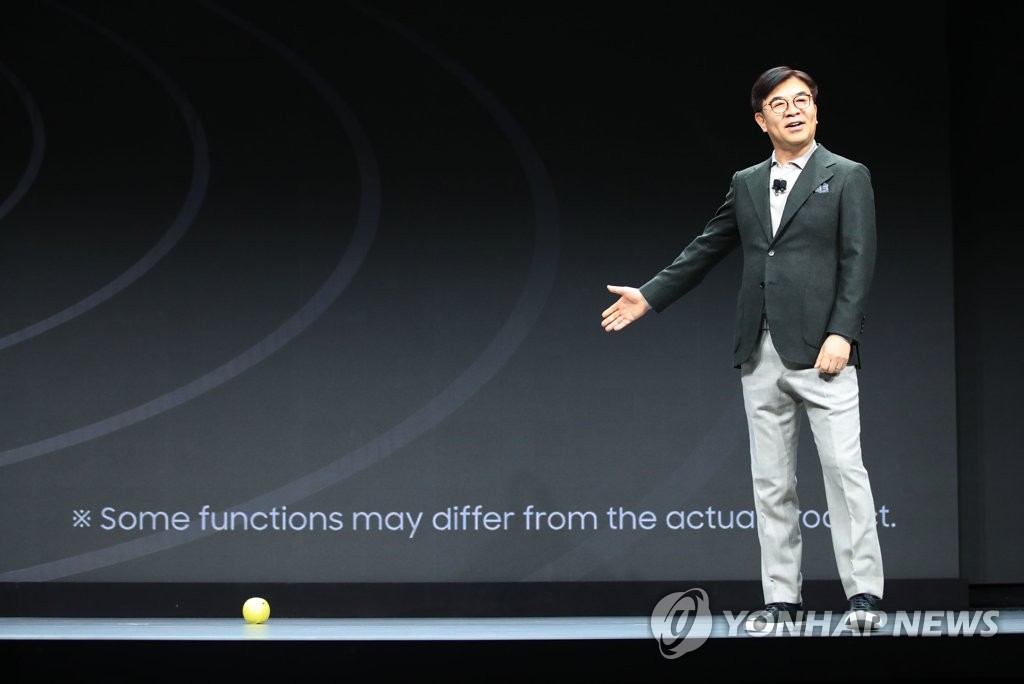 Samsung Electronics developed Ballie because a single smart device cannot satisfy all consumers' needs, Kim said, emphasizing that Ballie's future is in care services, such as looking after the elderly or children.

"There are robots for cleaning and dishwashing, but instead of operating each robot separately, why not have a device that can interact (with other devices)?" he said. "We haven't yet decided whether Ballie should be commercialized or how it should be priced, but if we're to actually make one, I say it should be very simple."

On the keynote stage, Ballie was able to follow Kim as he moved around and was ready to offer services. Asked about privacy, Kim said the company has solutions for that.

"I think we'll see a future where people have their own servers in their homes, which means that users' data will stay in their home," he said. "Ballie doesn't have intelligence. It can come from somewhere else, maybe from edge computing." 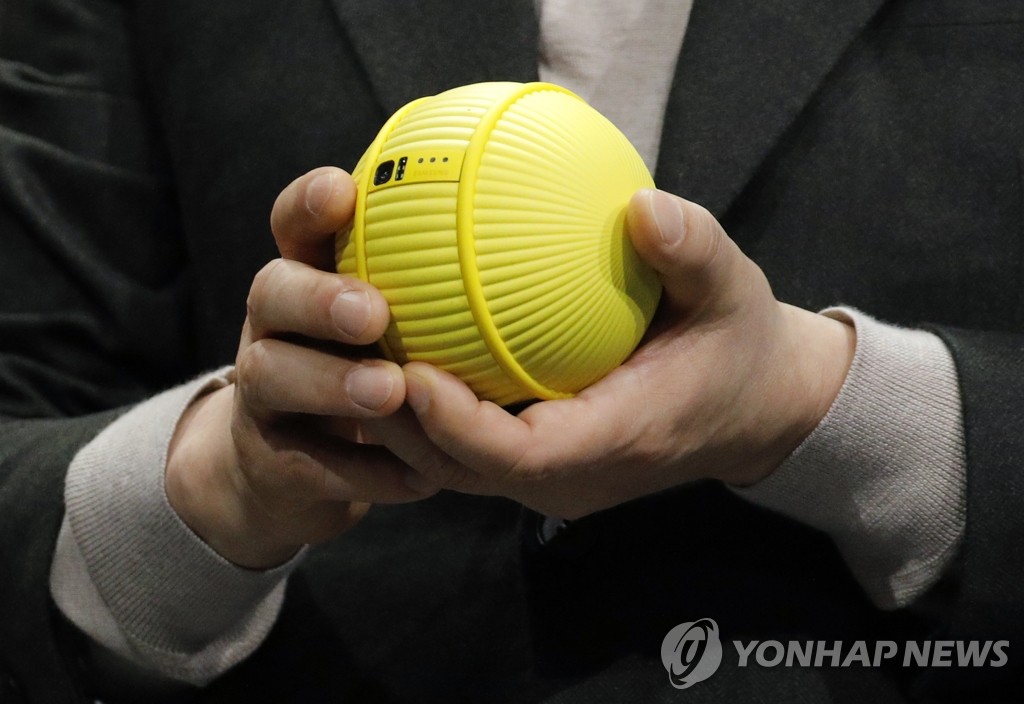 After Ballie was unveiled, many reviewers said that it reminded them of the BB-8 droid from the new "Star Wars" movies.

Kim said he's not sure whether the engineers had BB-8 in mind while developing Ballie but they certainly put a lot of work in to develop Ballie's capabilities.

"Ten engineers developed Ballie and I don't know whether they thought about 'Star Wars,'" he said. "Backstage at the keynote, they really worked to keep the Wi-Fi network for Ballie up. One of them even cried after our demonstration of Ballie was over."