SEOUL, Jan. 8 (Yonhap) -- Silver screen stars from the award-winning "Parasite" and other box-office hits in South Korea have been turning their eyes to the small screen and making successful moves to TV amid a rapid change in the media industry.

Cho Yeo-jung, who played a gullible wife of a rich businessman in "Parasite," the Palme d'Or winner of this year's Cannes, takes a leading role in KBS' weekly thriller series "Woman of 9.9 Billion," which premiered Dec. 4.

Her performance as an unfortunate woman who finds herself with 9.9 billion won (US$8.4 million) and tries to keep the fortune has helped the drama hover around 10 percent in viewership ratings.

Another "Parasite" star, Lee Sun-kyun, who took the role of the wealthy businessman in the black comedy, also launched a new TV project titled "Diary of a Prosecutor" on JTBC on Dec. 16.

Moreover, veteran actor Han Suk-kyu, who stars in the now-showing historical film "Forbidden Dream" returned to the small screen with the melodrama "Dr. Romantic 2" that first aired on SBS this week. He appeared on the first season of the series in 2017, which hit a viewership of 25 percent for its last episode. 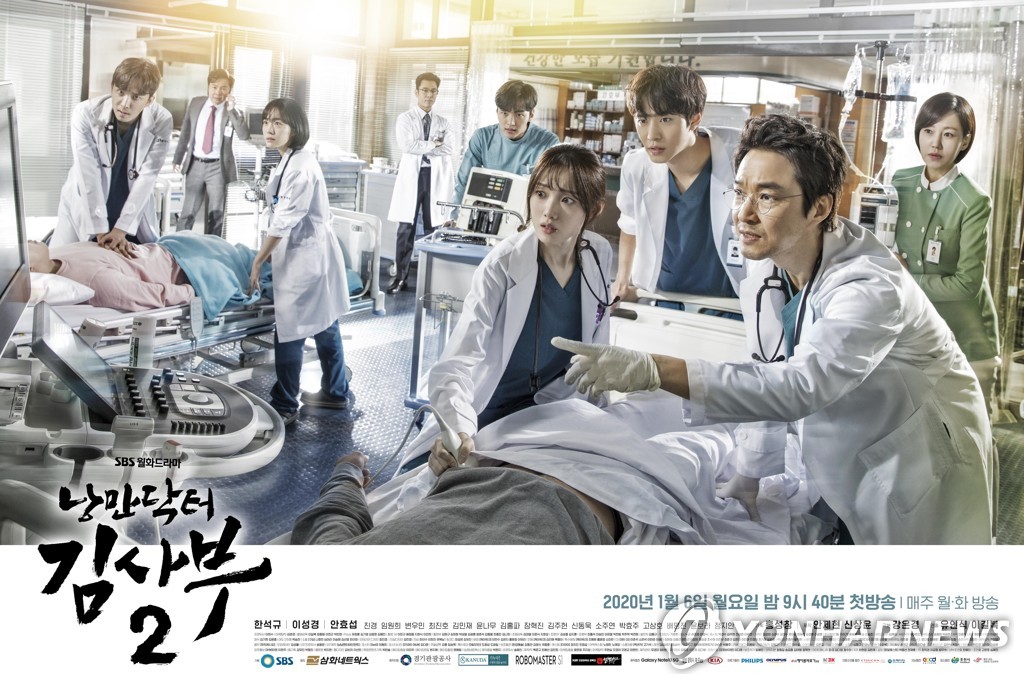 The romantic comedy "Crash Landing On You" on tvN is gaining popularity for movie stars Hyun Bin and Son Ye-jin.

SBS' upcoming weekend drama "Hyena" has been drawing attention for its all-star cast that includes Kim Hye-soo and Ju Ji-hoon, both of whom have carved out their outstanding careers in the cinematic scene for box-office hits like "The Thieves" (2012) and "Along With the God" series (2017-18), respectively.

Experts say that the reconfiguring media industry stemming from the emergence of new platforms has encouraged movie stars to flock to TV.

In the past, film stars have worked almost exclusively in film and rarely appeared on TV shows as the small screen was regarded as the little brother of the prestigious bigger platform.

In recent years, however, new over-the-top (OTT) platform services like Netflix deliver films and original TV series through their global distribution networks equally and ease the barrier between big and small screens.

And the production value and scope of television have been rising thanks to the fierce competition in the streaming industry led by Netflix. It became easier for TV producers to attract bankable A-listers to the small screen.

"On OTT channels, all films and dramas have become equal media content," said an official from a drama production studio in Seoul. "So actors and actresses are willing to go over to another platform if they think a TV show offers meatier roles."