SEOUL, Jan. 8 (Yonhap) -- Kim Sung-kyu, the leader of boy band INFINITE, will return to show business following his discharge from the military Wednesday.

Some 1,300 fans from China, Japan and Southeast Asian countries, as well as at home, visited the site of his military discharge to greet him.

Sungkyu's side arranged a small event for the visiting fans at a sports arena in the border town following the discharge.

"I will do my best in my (show) career to pay back those who waited for me," he said during the event.

"I am very glad to be able to see you again. I couldn't wait to see you," he said.

He also gave well-wishes to the other INFINITE members, who are still in the process of accomplishing their mandatory military services.

Sungkyu is the first of the six INFINITE members to have been cleared of the military duty. He will resume his entertainment career this month through a new Sunday variety show by MBC. 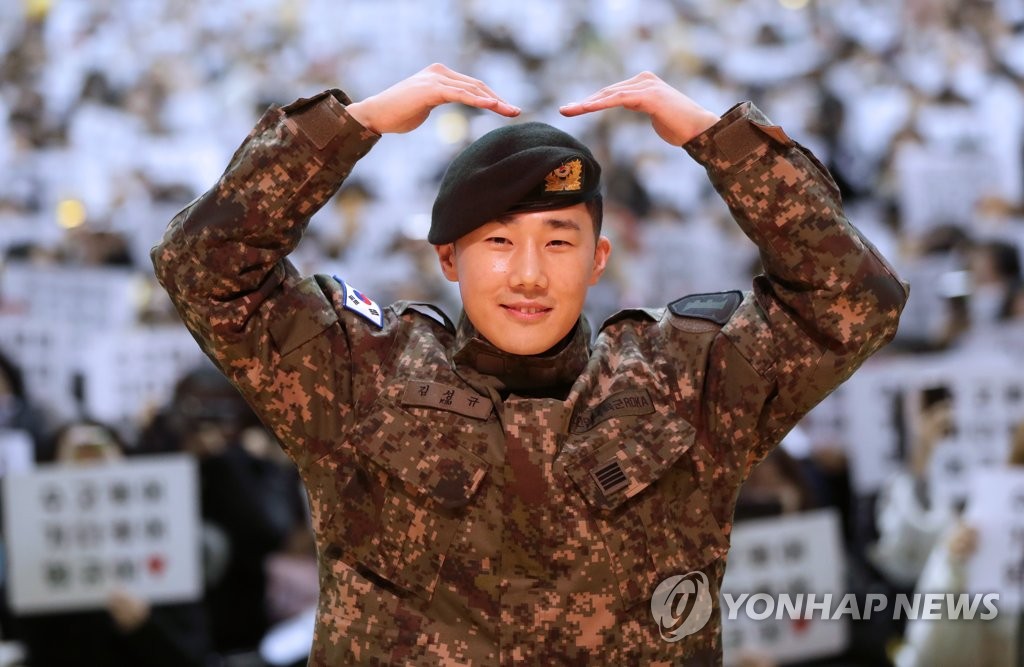