The pop-up store, "House of BTS," operated from Oct. 18 till Sunday in the bustling commercial and entertainment district of Gangnam in southern Seoul to entertain fans with BTS merchandise and exhibitions.

About 2,200 fans were admitted to the four-story shopping and entertainment complex each day during the 80-day run and the pop-up store was abuzz with excited fans from in and outside of South Korea every day during the operation.

"As (House of BTS) received wild responses from fans across the world, (Big Hit Entertainment) expects that it might be able to open more pop-up stores in other parts of the world in the future," the management agency of BTS said. 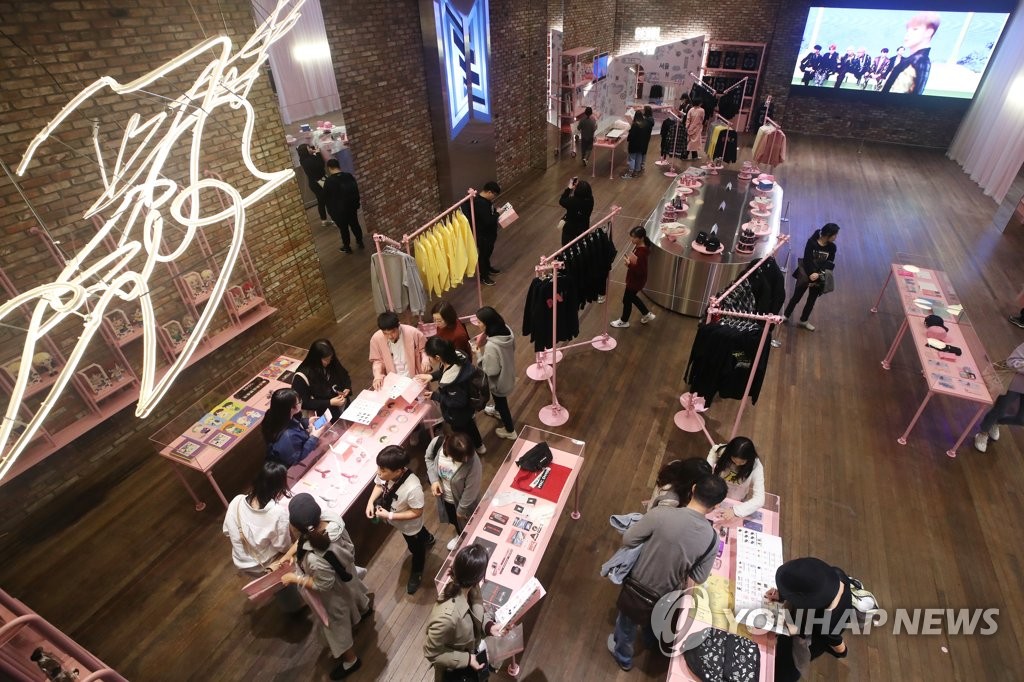