The index remained sharply lower throughout the session after getting off to a rough start on reports of Iran attacking several U.S. military bases in Iraq in response to the U.S. killing Qassem Soleimani. 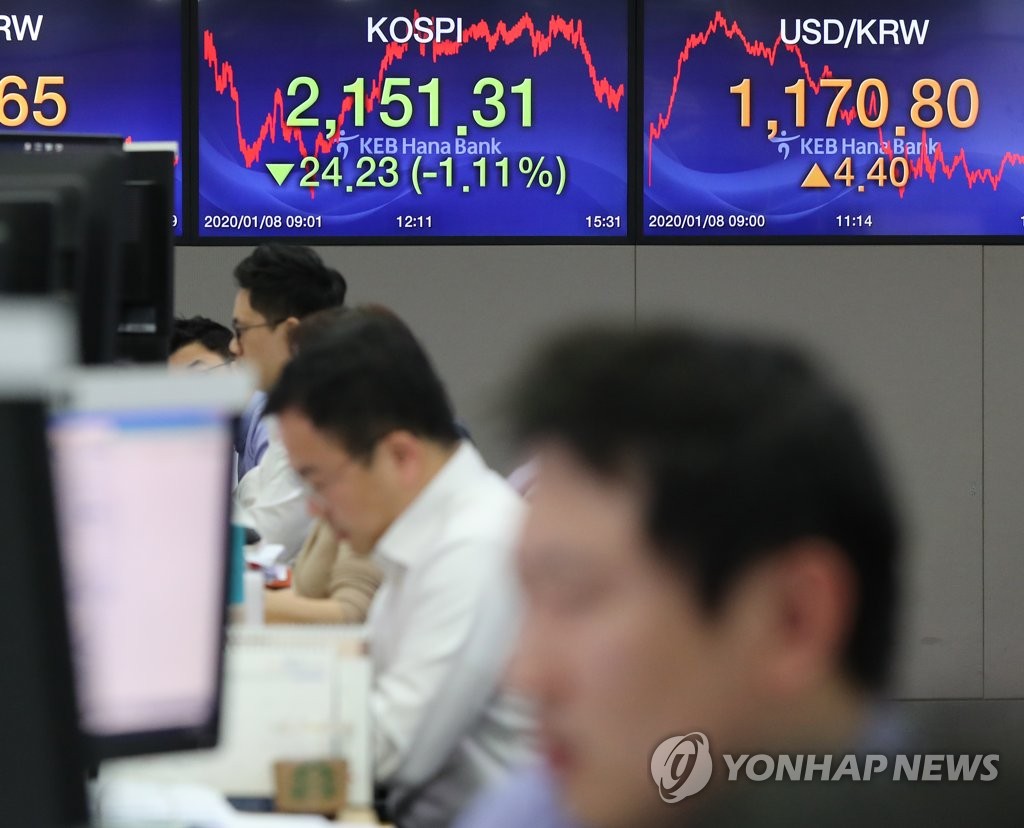 The head of Iran's elite Quds Force was killed in Baghdad late last week in a U.S. drone attack.

Washington has yet to officially confirm any casualties from Iran's missile attacks but earlier said any attack by Iran would be met by additional strikes against multiple Iranian targets.

Market observers here, however, insisted the U.S.-Iran conflict will likely be short-lived.

"The geopolitical risks have heightened following Iran's missile attack on U.S. military bases. However, their impact on the financial market is expected to be limited, and one of the reasons is because President Donald Trump is considered to use a 'hard talk, but soft stick' (approach)," NH Investment & Securities analyst Cho Yeon-ju said.

Yoon Yeo-sam, an analyst at Meritz Securities, agreed the U.S. president is unlikely to commit to a full-fledged war with Iran, especially ahead of the presidential election this year.

"I believe it will end up being a short-term conflict," Yoon said.

Oil-reliant companies suffered a setback from the mounting tension in the Middle East.

The local currency earlier dipped more than 1 percent against the dollar but recovered ground after local authorities vowed swift measures to help stabilize the market if necessary.