SEOUL, Jan. 9 (Yonhap) -- A US$4 billion deal by Germany's Delivery Hero to acquire South Korea's largest food delivery app operator, Woowa Brothers, has stirred up controversy here, as some politicians and small merchants have raised concerns about the monopoly status the merged entity will have if the deal is approved.

For years, door-to-door food delivery service has been rapidly expanding in South Korea in line with increased use of smartphones, with the food delivery app market reaching 10 trillion won ($8.6 billion) in 2018.

Founded in 2010 as a food delivery company, Woowa Brothers quickly became the country's top online food delivery services firm, enjoying over 10 million active monthly users in a country with a population of 51 million. Woowa Brothers' Baemin accounted for up to 60 percent of the market.

The controversy boils down to the deal, if approved, allowing Delivery Hero to control more than 90 percent of the nation's delivery app market in terms of users, raising concerns about it becoming a monopoly.

The proposed deal is subject to approval from South Korea's antitrust regulator, the Fair Trade Commission.

With the deal, Delivery Hero, which is already the second-biggest delivery player in South Korea and has Yogiyo under its wing, would solidify its position as the biggest global food delivery platform, outside of China, by number of orders. 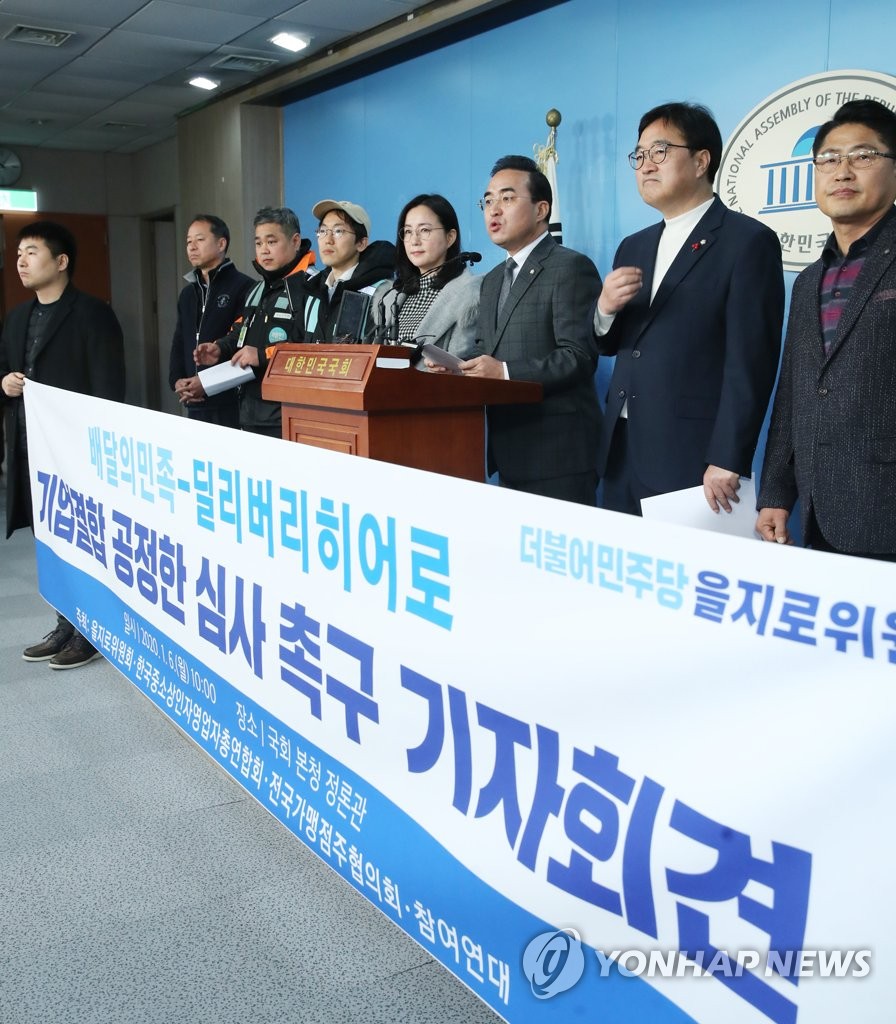 It is too early to say whether the FTC will approve the deal or not, but some politicians and small merchants have argued that it would undermine the interests of consumers and restaurant owners.

They claim that advertising and commission fees will rise if the deal is approved, given the two apps' powerful market positions.

Given the monopoly concerns, Woowa Brothers said the apps will be operated separately even after the planned acquisition is approved.

Earlier this week, Rep. Park Hong-keun of the ruling Democratic Party urged the FTC to "carefully" carry out its antitrust review of the planned acquisition, as the deal would leave Delivery Hero and Woowa Brothers in a particularly strong position in South Korea.

"We're not demanding the FTC reject the proposed acquisition, but have called for the FTC to fully take into account such concerns," Park said.

Rep. Je Youn-kyung of the ruling party echoed this view, saying that the government should not allow a company to retain a monopoly for the sake of innovation in the market.

"The government's role is to promote healthy growth of the market and the interests of all market participants," Je told reporters.

Rep. Kim Se-youn of the main opposition Liberty Korea Party, however, criticized the ruling party lawmakers for hindering the progress of innovation.

Kim defended the deal, saying that it would help Woowa Brothers make inroads into global markets and step up innovation.

The planned acquisition "will undermine economic interests of smaller merchants and harm consumer choice," the Federation said in a statement. 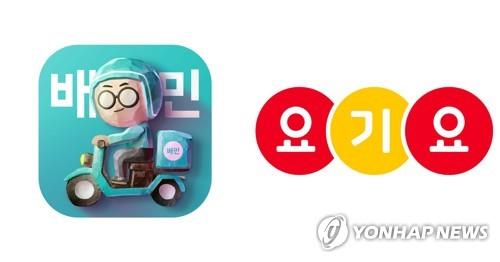 Woowa Brothers, which has said it would not raise commission fees if the deal is approved, said the planned acquisition will help it better compete against global rivals.

Kim Bong-jin, chief executive and founder of Woowa Brothers, said in a statement, "The Korean food delivery market is still in the very early stages of development, and offers vast opportunities to grow the customer base and expand into adjacent on-demand services."

Kim added, "The partnership will also help achieve economies of scale to effectively compete against global and domestic IT giants. Together we aim to cultivate and invest in the development of online food delivery services for the benefit of consumers, restaurants and drivers."

FTC officials declined to comment on its antitrust review of the deal, which could take at least 120 days.

But, Joh Sung-wook, chairperson of the FTC, said last month that the regulator "will take a balanced approach (to the deal) by making a comparison between the negative impact on consumer welfare and promotion of innovation."

The antitrust watchdog's review will center on whether the delivery app market is just for food or not, providing a glimpse into its future stance on potential mergers in other fast-evolving sectors.