The requested sentencing by the prosecution is heavier than the 15-year jail term that a lower court handed down to Lee, president from 2008-2013, in October 2018.

The prosecution also demanded some 32 billion won (US$27.4 million) in fine and 16.3 billion won in forfeit for the ex-leader.

In March 2019, Lee was released on bail on health concerns after he was convicted of bribery and embezzlement in connection with his brother's auto parts company DAS.

Demanding the heavier jail term, the prosecution condemned Lee for not repenting of his wrongdoings and blaming others to avoid responsibility.

"The defendant hampered the constitutional value by abusing (presidential) power bestowed by the people as means to seek personal profits," the prosecution said.

"In consideration of the weight of the case and in comparison to other cases, the 15-year prison term is too light," it said.

A lower court found that Lee was the de facto owner of DAS and that he used his presidential power to benefit the firm and himself, including accepting a 5.9 billion-won bribe from Samsung.

Throughout his political career, Lee had been dogged by suspicions over whether he was the real owner of DAS. Lee denied the allegation.

The Seoul High Court plans to deliver a ruling next month. 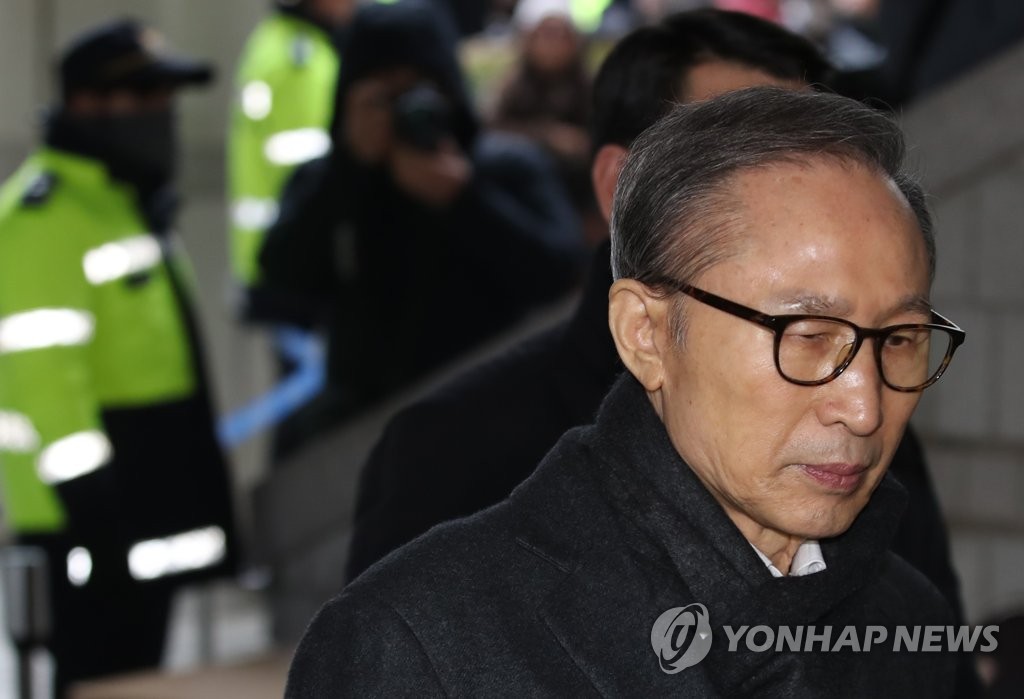