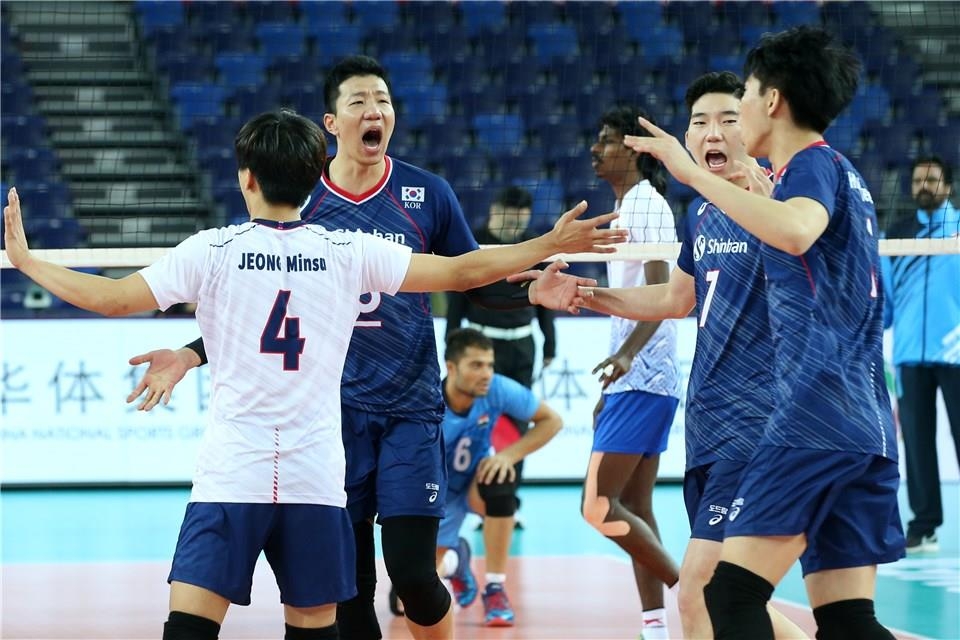 South Korea bounced back after dropping a five-set thriller against the 15th-ranked Australia on Tuesday. Coached by Im Do-hun, South Korea will close out the preliminary round in a must-win match against Qatar, world No. 33, on Thursday.

The top two teams from the group will move on to Saturday's semifinals, to be joined by the best two teams from Pool A. Only the winner of this qualifying tournament will play at the 2020 Tokyo Olympics this summer.

Qatar have jumped to first place in Pool B after stunning Australia 3-0 (25-15, 25-21, 25-23) earlier Wednesday. If South Korea beats Qatar on Thursday, it will move on to the semifinals. But the combination of a South Korea loss and an Australian win over India will eliminate South Korea.

South Korea looked a bit shaky in the first set. With an 18-16 lead, Souuth Korea pulled ahead with Hwang Taek-eui's ace and Jeon Kwang-in's block. Then at 22-19, South Korea got three straight points to close out the first set.

South Korea had an easier time in the second set, though the pesky India cut it to 18-15 at one point. From there, Heo Su-bong came through with some clutch points for South Korea.

Another seesaw affair ensued in the third set. With the scored deadlocked at 20-20, Na Gyeong-bok's ace and Jung's spike gave South Korea some breathing room. Han Sun-soo's ace ended the match for South Korea that was closer than it should have been. 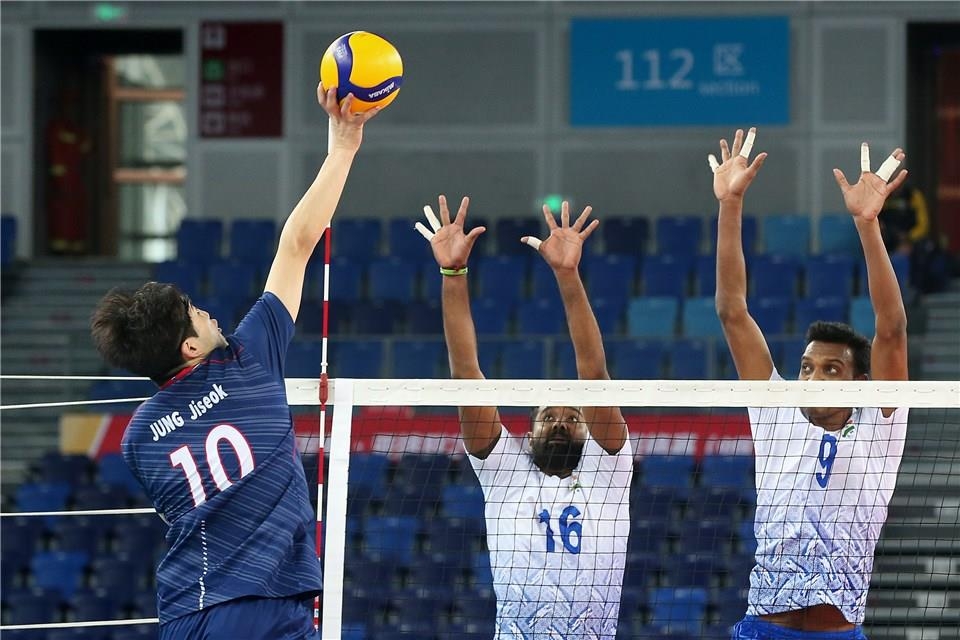