SEOUL, Jan. 8 (Yonhap) -- President Moon Jae-in assured artists Wednesday that his administration will ensure maximum cultural freedom, recalling the agony some of them suffered under the previous government, which was accused of blacklisting them for a political reason.

He made the remarks during his meeting for the new year with dozens of cultural figures and celebrities at Seoul Arts Center.

Moon talked about the Park Geun-hye administration's blacklisting of cultural figures who were critical of the government. Park was eventually impeached amid allegations of corruption, power abuse and negligence of duty.

The president said his government will "make sure that such a thing doesn't recur and ensure the freedom of culture and arts as much as possible."

He also vowed efforts for the enhanced welfare of those involved in the cultural circles, underscoring the importance of the sector in the country.

Many people say although South Korea has achieved great economic growth, it still has a way to go when it comes to culture, democracy and civic awareness, Moon pointed out.

He struck an upbeat note, though, introducing conversations on the popularity of K-pop, local dramas and movies, which is known as the Korean Wave, in summit talks with foreign leaders. 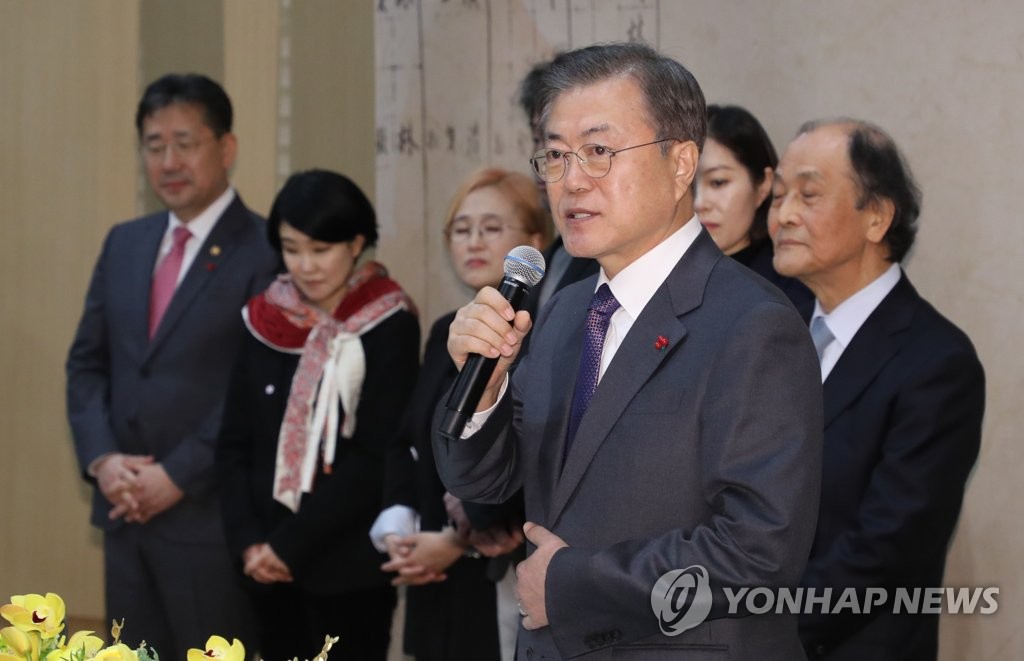 The film "Parasite" won the best foreign film at the Golden Globes after being awarded the Palme d'Or, the top prize at the Cannes Film Festival, demonstrating the potential of South Korean movies, Moon said. He also took note of the boy band BTS.

The government has earmarked 6.4 trillion won (US$5.4 billion) of the budget for the cultural field.

The event was meant to encourage local cultural artists, demonstrate the government's resolve to promote the cultural field and share the president's message of "harmony and hope," according to Cheong Wa Dae.

Moon then attended a concert at Seoul Arts Center in a southern district of the capital. 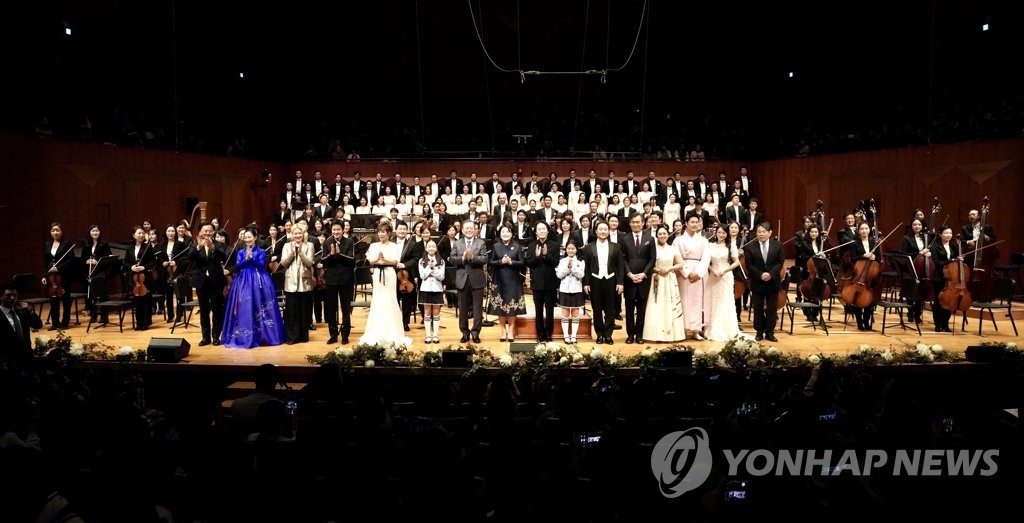