The animated flick set the record earlier in the day based on a real-time box-office tally from the Korean Film Council, beating the previous No. 2 "Avatar," which sold 13.48 million tickets from 2009 to 2010.

Released on Nov. 21 in South Korea, the film has been trailing the all-time most-watched foreign film in the country, Marvel's "Avengers: Endgame." It has risen to the sixth spot on the most-viewed list for all films.

It has generated box-office revenue of US$451.41 million in North America and US$1.32 billion worldwide.

"Frozen 2" is about a journey beyond the kingdom of Arendelle three years after the events of the first film. As a mysterious voice calls out to Elsa, she, Anna, Kristoff and Olaf travel to discover the origin of Elsa's magical power and save the endangered kingdom. 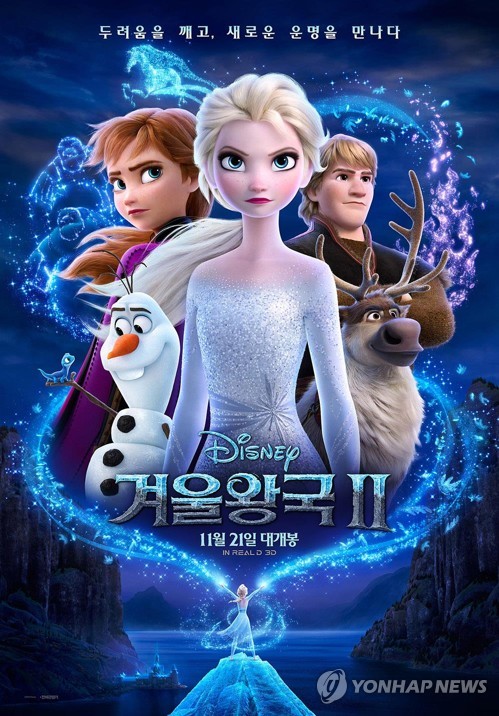