SEOUL, Jan. 8 (Yonhap) -- The reigning saves leader in South Korean baseball set the record for the biggest rate of annual increase in salary on Wednesday.

Ha made the league minimum 27 million won in 2019 and received a record 455.6 percent raise after leading the KBO with 36 saves. 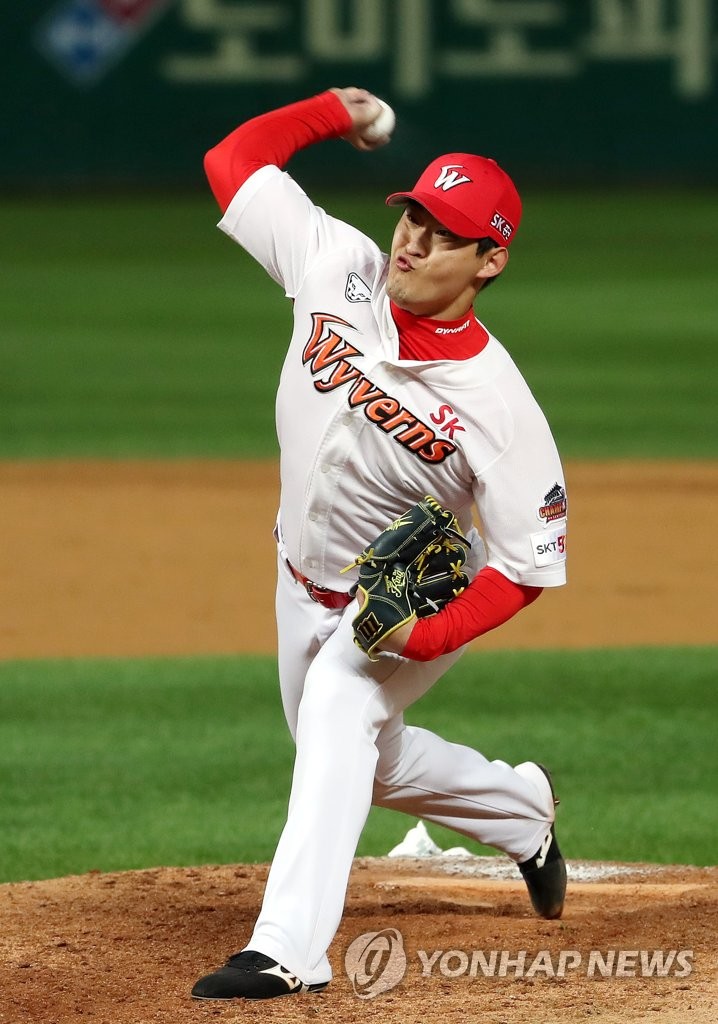 Current Toronto Blue Jays pitcher Ryu Hyun-jin held the previous record. While pitching for the Hanwha Eagles, Ryu saw his salary jump by 400 percent from 20 million won as a rookie in 2006 to 100 million won in his sophomore season.

Ha, 29, took a detour through the U.S. minor leagues and Japanese league to reach the KBO last season. The former outfielder had dabbled at pitching while in the minors for the Chicago Cubs. He returned to the outfield with the Tokyo Yakult Swallows in 2016 and converted to the mound for good with the Wyverns.

"I'd like to thank the team for handing me such a huge deal," Ha said in a statement released by the team. "I'll try my best to live up to expectations from the team and our fans."

KBO players are under team control for their first eight or nine years, depending on whether they've been drafted out of high school or college. They must sign one-year deals until they reach free agency.