SEOUL, Jan. 8 (Yonhap) -- South Korea on Wednesday reported a suspected case of a mysterious pneumonia-like illness that has been spreading in China, the public health and safety agency said.

According to the Korea Centers for Disease Control and Prevention (KCDC), a 36-year-old Chinese woman who had visited the city of Wuhan in Hubei Province showed symptoms of the illness.

The patient has been isolated and is undergoing treatment after going into a local hospital on Tuesday.

China has been grappling with people who have shown pneumonia-like symptoms such as fever, throat swelling and coughing in recent weeks.

"The person is not suffering from any serious ill health," the KCDC said.

It said measures have been taken to tighten monitoring of people entering the country. 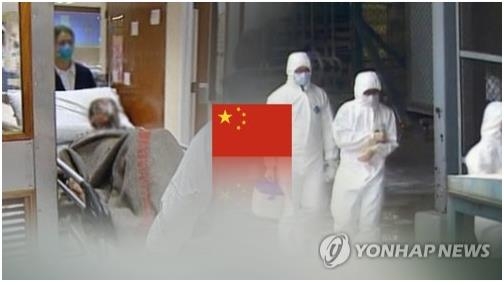