SEOUL, Jan. 8 (Yonhap) -- South Korea defeated Iran to clinch a spot in the semifinals of the Olympic women's volleyball qualifying tournament on Wednesday in Thailand.

Kang So-hwi put up a match-high 15 points, lifting the ninth-ranked South Korea past the 39th-ranked Iran 3-0 (25-15, 25-9, 25-19) for its second straight victory in Pool B at Korat Chatchai Hall in Nakhon Ratchasima, Thailand. 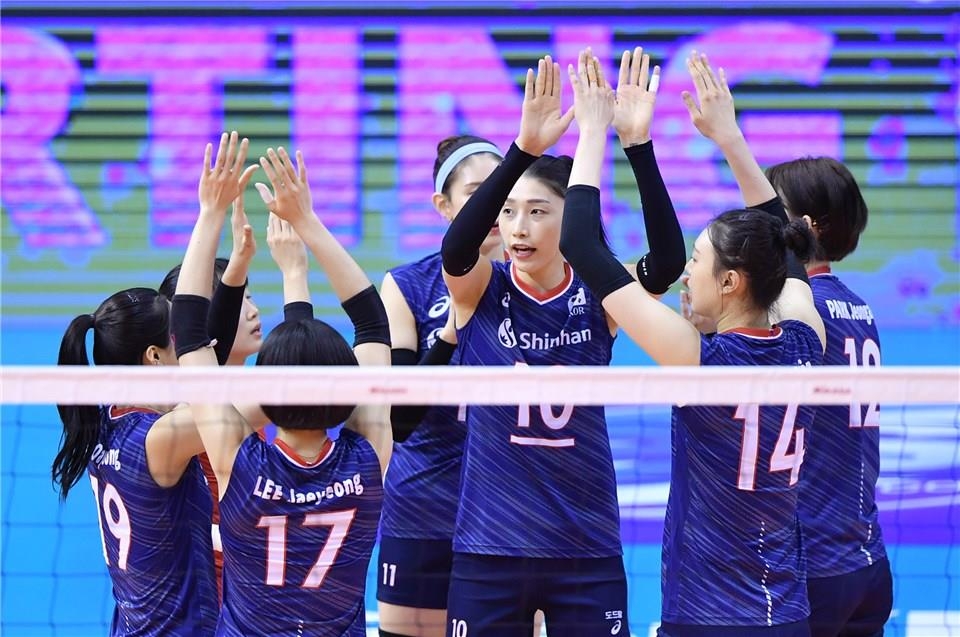 Only the winner of this qualifying event will advance to the 2020 Tokyo Olympics.

Coached by Italian Stefano Lavarini, South Korea opened the preliminary round with a straight-set win over Indonesia on Tuesday, and will play its final Pool B match against Kazakhstan (No. 23) on Thursday. Kazakhstan locked down a semifinals berth by beating Indonesia earlier Wednesday, and the winner of South Korea-Kazakhstan on Thursday will win Pool B.

Seven teams have been divided into two groups, with the host country Thailand in Pool A with Chinese Taipei and Australia. The two best teams from each group will advance to the semifinals on Saturday, followed by the final on Sunday, all at Korat Chatchai Hall.

South Korea is trying to qualify for its third consecutive Olympics.

Iran hung tough against South Korea in the opening set, but leading 9-7, South Korea pulled ahead with four straight points. Lee Jae-yeong had seven of her 12 points in the first set, including three straight to give her team a 17-10 lead.

In the second set, South Korea led by as much as 18-4, with Kang scoring three straight aces in one stretch.

With reserves on the court for South Korea in the third set, Iran briefly led 10-9, before succumbing to the South Korean onslaught that generated five straight points.

Each of South Korea's 14 players got into action in this match. 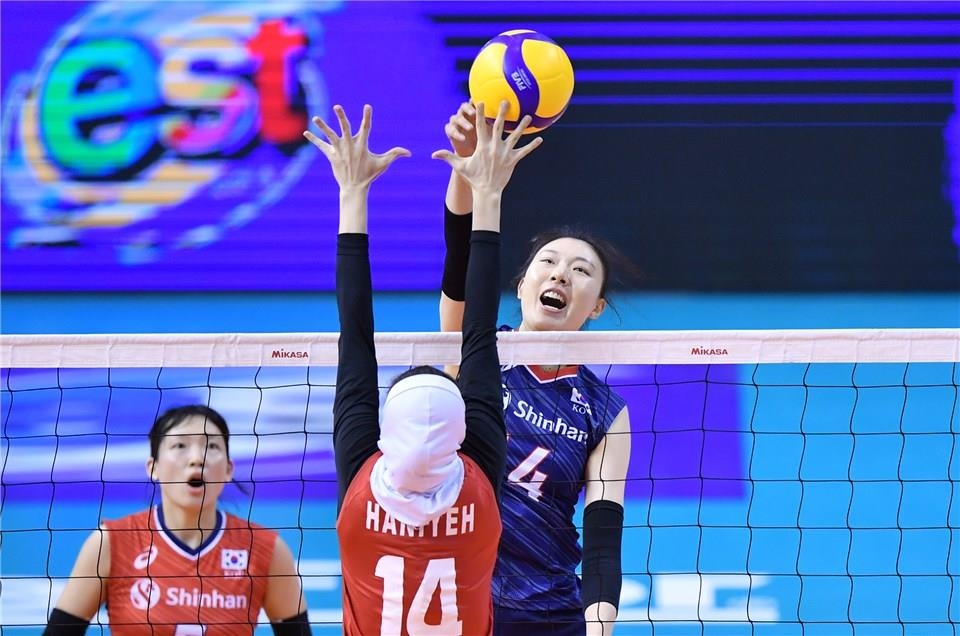