Trump said in a televised address from the White House that there were no American casualties from Tuesday's ballistic missile launches targeting the bases, which came in retaliation for the U.S. slaying of Gen. Qassem Soleimani, the head of Iran's elite Quds Force.

"As we continue to evaluate options in response to Iranian aggression, the United States will immediately impose additional punishing economic sanctions on the Iranian regime," the president said. "These powerful sanctions will remain until Iran changes its behavior."

Trump said the American military has been rebuilt under his administration to make it "stronger than ever before."

"The fact that we have this great military and equipment, however, does not mean we have to use it," he said. "We do not want to use it. American strength, both military and economic, is the best deterrent." 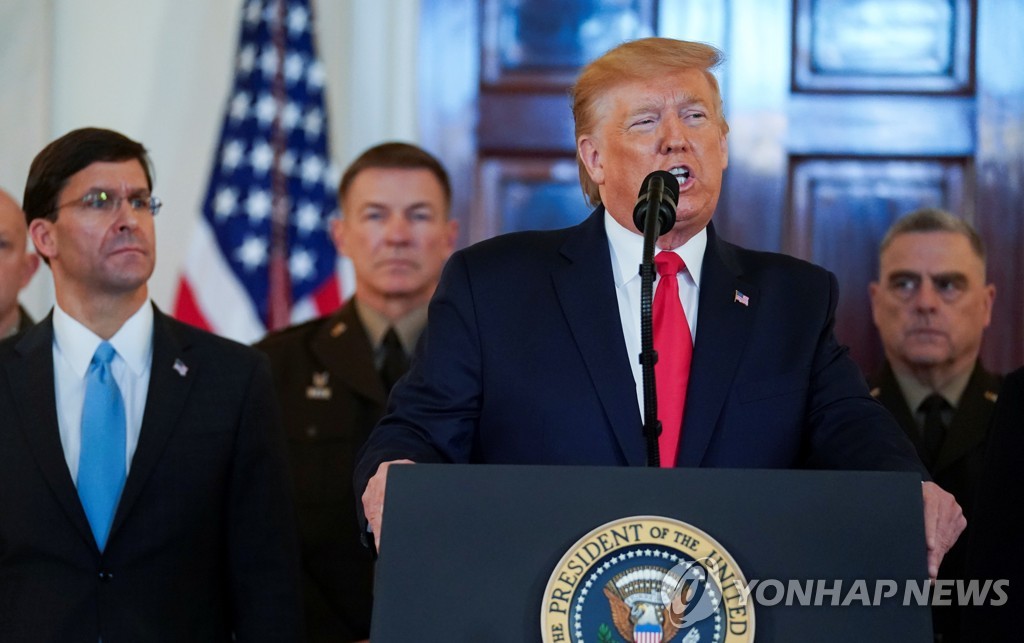