SEOUL, Jan. 9 (Yonhap) -- K-pop super band BTS will drop a new digital single this month ahead of its official release of a new album in February, according to the band's management agency Thursday.

Big Hit Entertainment posted a "comeback map" on the official BTS website early Thursday morning, providing the timeline of the band's release of "Map of the Soul: 7," set for Feb. 21, the second edition of BTS' ongoing "Map of the Soul" album series.

According to the four-phase schedule, the band is set to drop a comeback trailer, "Shadow," on Friday, officially beginning the journey toward its much-anticipated second "Map of the Soul" album.

On Jan. 17, BTS will pre-release a single from the new album, along with an "art film" featuring a performance by a dance company, according to the timeline. 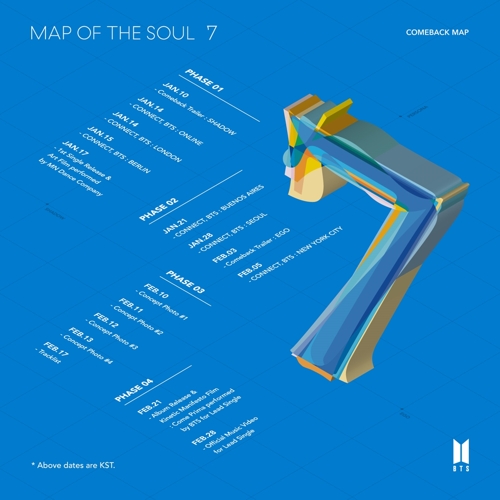 The band will then follow up with its second comeback trailer, "Eco," on Feb. 3 before unveiling the new album's concept photos every day from Feb. 10-13.

On Feb. 17, the full track list of the new album will become available, four days before the release of the full album on Feb. 21. A kinetic manifesto film featuring BTS is set to accompany the album.

The official video for the lead single of the new album will be made available a week after the album's release, the timeline showed.

The second "Map of the Soul" album, a full-length record, is likely to carry on the first album's Carl Jung-inspired theme of exploring the ego, as hinted by the titles of the two planned comeback trailers. 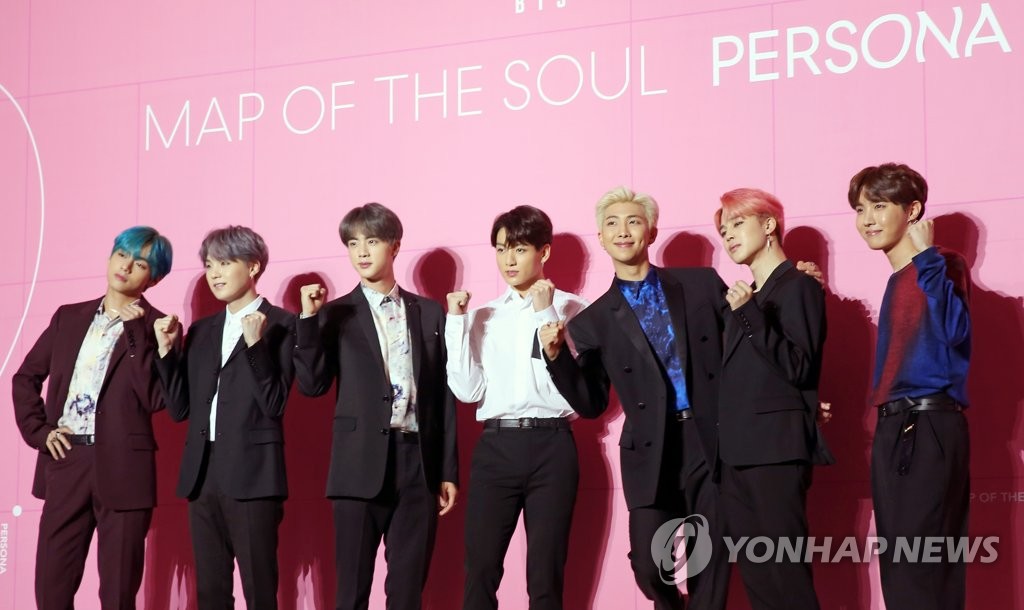 Keywords
#BTS #Map of the Soul:7 #comeback map
Issue Keywords
Most Liked
Most Saved
Most Viewed All Categories
Most Viewed More
Most Viewed Photos

BTS to pre-release single from upcoming album this month

BTS to pre-release single from upcoming album this month