"The Korean economy is still exhibiting slow growth although some indicators imply that the slowdown is easing," the Korea Development Institute (KDI) said in its English-language Monthly Economic Trends publication.

"The growth in retail sales and services production ticked up and leading economic indicators improved in November," it said.

But weaker facility and construction investment continued to weigh on the Korean economy, it said. 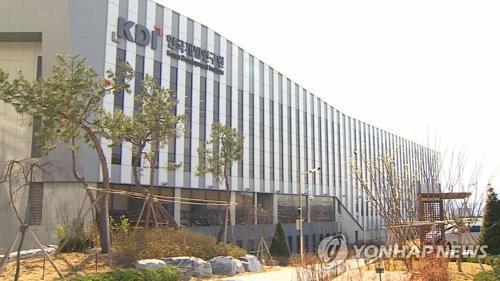 In a sign that the economic slowdown may have bottomed out, the nation's industrial output rose 0.4 percent from a year earlier in November last year, rebounding from a 0.4 percent decline in October, with both retail sales and facility investment growing.

The index of leading indicators grew 0.4 percent in November from a year earlier, compared with a 0.3 percent gain in October, according to the data.

For December last year, the monthly exports slipped 5.2 percent on-year to $45.7 billion to extend their slump to a whopping 13th consecutive month. But this year's outbound shipments are forecast to rise 3 percent.