The septet picked up the "Artist of the Year" award in the physical album category for the second quarter of 2019 as well as the "Social Hot Star of the Year" and "Retail Album of the Year" awards at the 9th Gaon Chart Music Awards held at Seoul Sports Complex Wednesday evening.

The annual music awards are hosted by the Korea Music Content Association.

BTS was not present at the award ceremony, but in a video message delivered during the event, BTS said, "We want to express our thanks to all the people who love our music."

Boy band Seventeen brought home the "Artist of the Year" awards in the physical album category in the first and third quarters of 2019, while the fourth quarter's award went to another boy band, EXO. 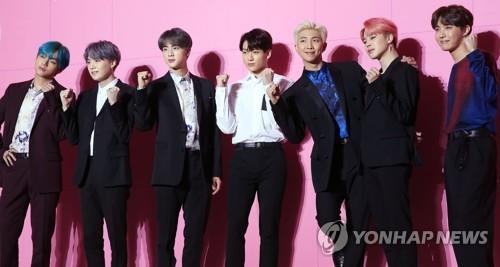