Ahn Tae-geun was sentenced to two years in prison in the first court ruling early last year for unfairly intervening in a reshuffle to send Seo Ji-hyun to a regional office in what was seen as revenge for her accusations.

State prosecutors who investigated the case charged Ahn with abusing his power to influence the reshuffle and have her demoted in a bid to prevent the sexual abuse allegations from spreading and hurting his reputation.

Ahn has denied the charges, saying he had no reason to intervene in the reshuffle as he was not aware of the sexual abuse.

In Thursday's ruling, however, the Supreme Court ordered a lower court to review its decision, saying the indictment does not fully constitute abuse of power.

Seo emerged as a symbol of the MeToo movement here as her confession triggered a series of similar statements by other women in various sectors including politics, sports and culture. 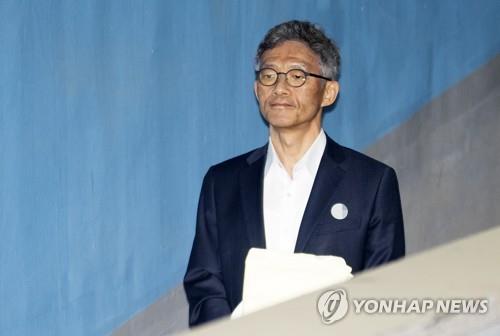