SEOUL, Jan. 9 (Yonhap) -- U.N. High Commissioner for Human Rights Michelle Bachelet has urged North Korea to come up with an action plan to carry out U.N. recommendations for improving its human rights record.

Bachelet made the appeal in a letter sent in late November to North Korean Foreign Minister Ri Yong-ho after the U.N. body made a total of 262 recommendations for the communist nation in a Universal Periodic Review (UPR) meeting in May.

"I encourage the Democratic People's Republic of Korea to develop a comprehensive national human rights action plan in order to achieve concrete results," she said in the letter addressed to the North's Foreign Minister Ri Yong-ho.

Bachelet also called on Pyongyang to ratify global treaties on human rights including conventions on refugees and torture, and to step up efforts in combating discrimination, abolishing the death penalty and allowing freedom of expression.

Of the 262 recommendations, the North accepted 132 while rejecting the 130 others, including calls for abolishing political prison camps and forced labor.

The U.N. body called on North Korea to submit a midterm report on the progress it has made on the third review by 2022. 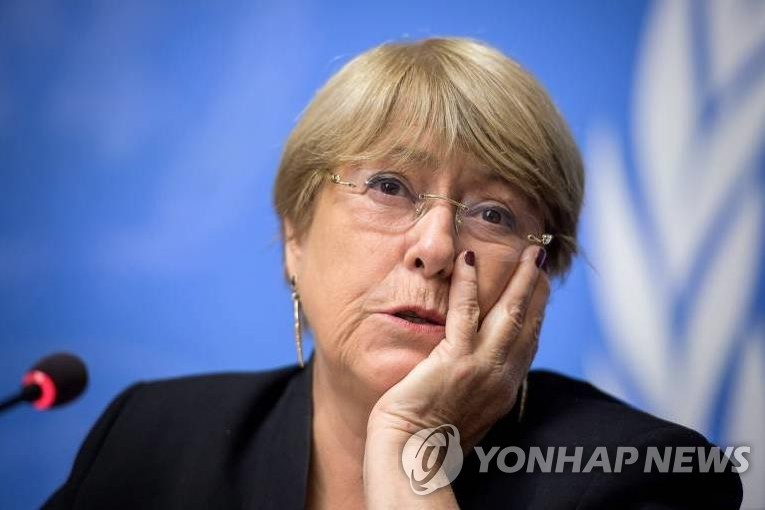