In October, the North demanded the South tear down all facilities it had built at the resort, saying Pyongyang will build a new international tourist destination of its own.

"We are still discussing the issue, but there has been no progress in the talks, with the two sides still remaining apart," the official told reporters.

South Korea has offered to repair some worn-out facilities at the resort, but the North is insisting on the removal of all facilities built by the South, according to the official.

Pyongyang has also turned down Seoul's offer to hold face-to-face talks to resolve the issue through dialogue, and it sent an ultimatum in November warning that it would take steps to demolish the buildings if Seoul does remove them itself.

With the two sides still divided, the North has remained silent over the issue so far this year.

Launched in 1998, the Mount Kumgang tour program was regarded as a key symbol of inter-Korean reconciliation and economic cooperation until it was suspended in 2008 after a South Korean tourist was shot dead near the resort for allegedly trespassing in an off-limits area. About 2 million tourists visited the mountain while the program operated.

On Tuesday, President Moon Jae-in reaffirmed his administration's commitment to pushing for the resumption of the Mount Kumgang tours, as well as other inter-Korean projects, such as the Kaesong industrial complex and the reconnection of roads and railways across the border.

Relevant efforts have made little headway due to U.N. Security Council sanctions against Pyongyang. North Korea has blamed the South for dragging its feet in pushing for inter-Korean cooperation projects for fear of violating sanctions. 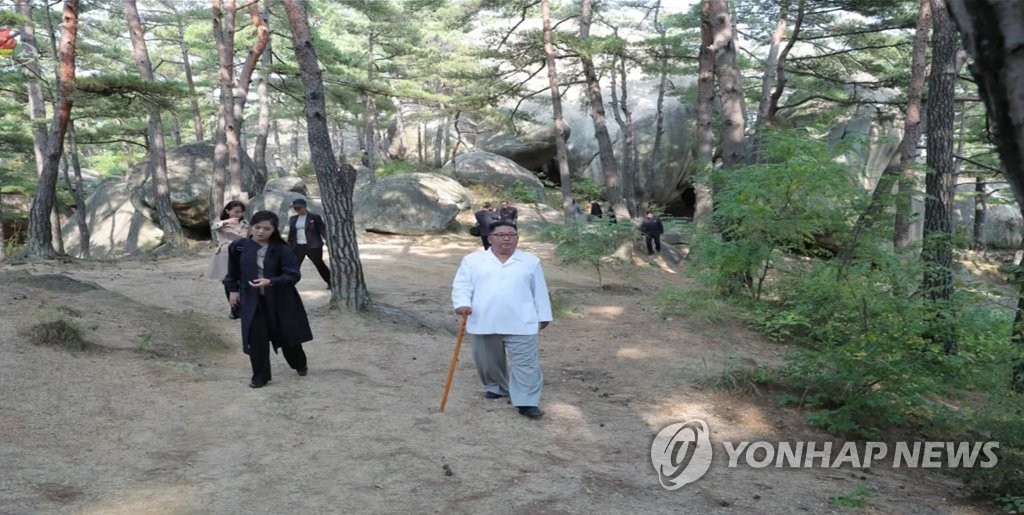