"The compliance monitoring committee will be independently operated and be totally free from Samsung's intervention as independence and autonomy are crucial," former Supreme Court Justice Kim Ji-hyung told reporters in Seoul.

The new committee comes as part of Samsung's efforts to recover its reputation tarnished by a series of scandals involving its top executives, including the group's de facto heir Lee Jae-yong.

Kim said the committee will include six other outside advisers including law professors and civic group leaders.

Kim, considered a liberal judge, previously served as the head of a mediation committee to settle a long-standing dispute between Samsung Electronics Co. and its workers over the working environment and work-related disorders, including leukemia.

Samsung's latest move also comes after a judge presiding over Lee's bribery case ordered the conglomerate's apparent heir in October to come up with measures to prevent Samsung from committing wrongdoings.

Lee was indicted in 2017 for giving bribes to a longtime friend of former President Park Geun-hye as he sought backing in succeeding his father Lee Kun-hee and securing the throne of Samsung Group.

Senior executives of Samsung Electronics have also been found guilty of sabotaging a labor union, which led to a prison term for the company's board chairman Lee Sang-hoon. 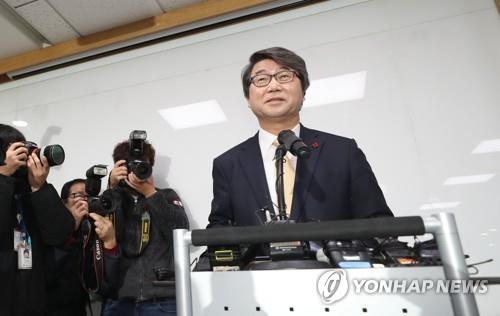