He was also one of the first to visit the booths of major South Korean firms -- including Samsung Electronics Co., LG Electronics Inc. and SK Group -- on the opening day,.

Sung was back again on the second day to visit the booths of various artificial intelligence (AI) and robotics companies. 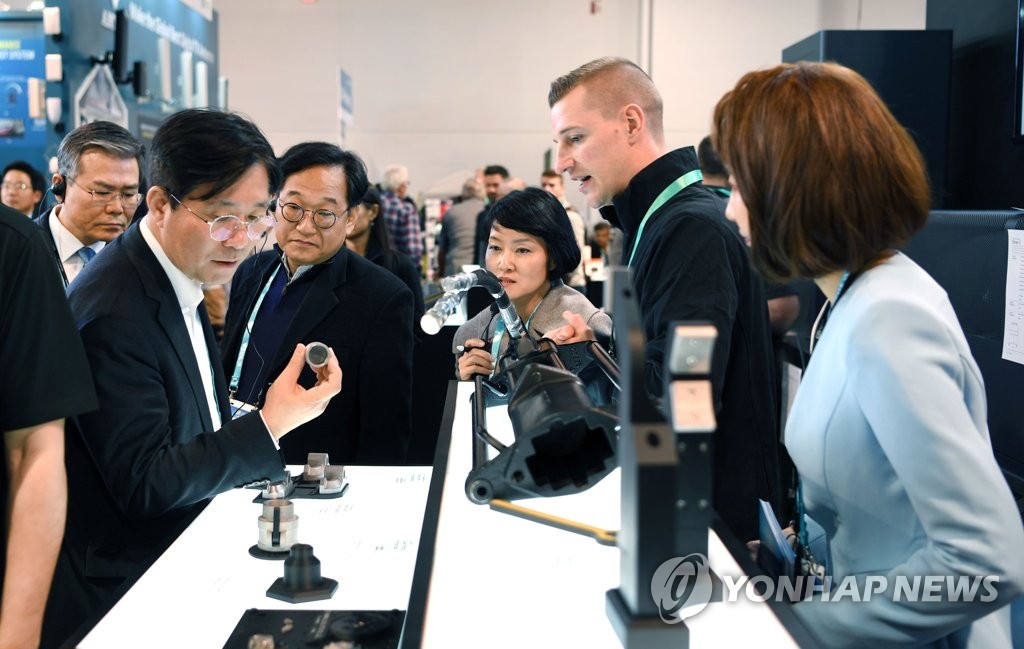 Municipal government leaders also made their way to the annual electrics trade show.

Seoul Mayor Park Won-soon, who was on one of the panels for a CES session on smart city development, visited the booths of Samsung, LG and Hyundai Motor Co.

Jeju Province Gov. Won Hee-ryong and the mayors of Daegu and Anyang were also spotted at this year's CES. 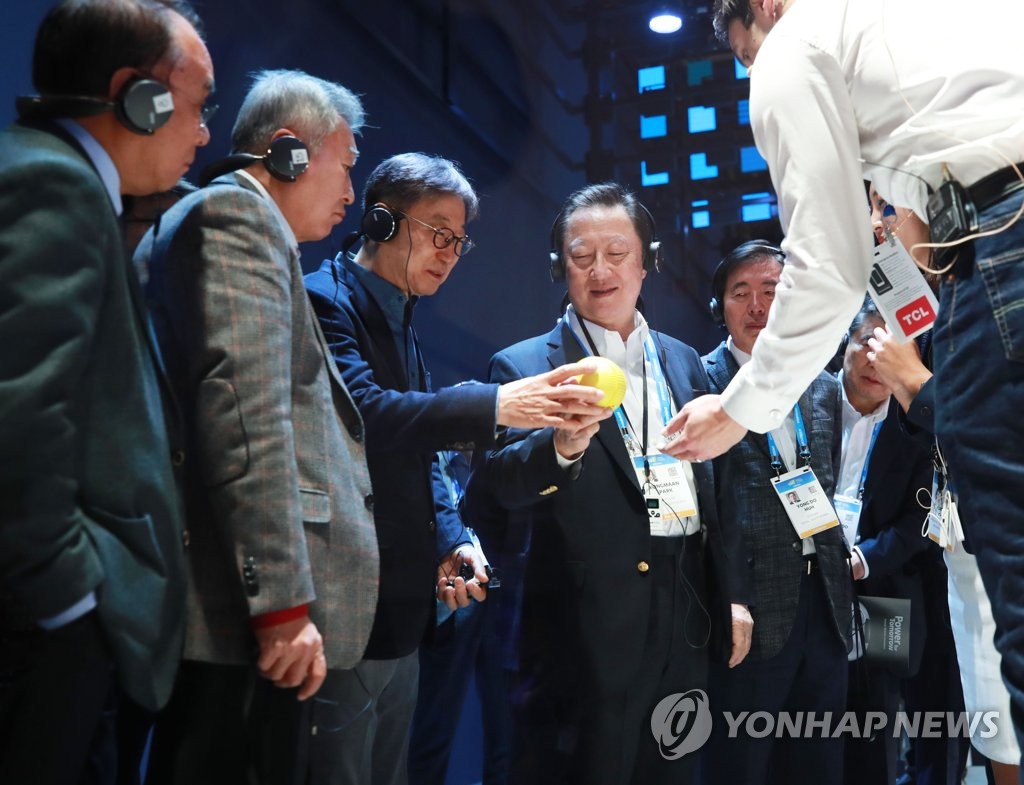 Chief executives of telecommunication firms were also visitors. Ha Hyun-hwoi, who leads the country's No. 3 mobile carrier, LG Uplus Corp., visited the Doosan booth and virtual reality firms. He stopped by the booths of major companies like Intel, Panasonic and Hyundai Motor the previous day.