Once a plenary session of the National Assembly opens, the ruling Democratic Party (DP) and the main opposition Liberty Korea Party (LKP) plan to put a host of relevant bills to vote immediately.

But they agreed to put several contentious fast-tracked bills on the back burner. Those included proposed legislation on granting police more investigative authority.

The DP and the LKP have left the door open for negotiations on the prosecution reform bills before they are introduced formally at the plenary session, probably on Friday. 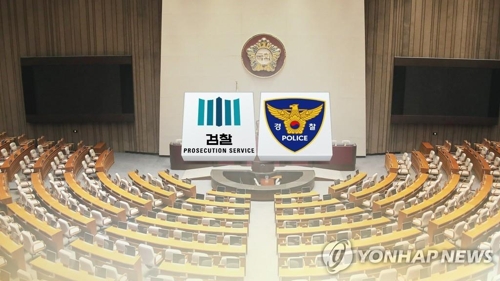 Also at issue is a package of bills on toughening regulations on private pre-schools with state subsidies to enhance the transparency of their accounting practices.

The ruling party warned that the LKP is running out of time.

The DP leader, Rep. Lee Hae-chan, said his party would be able to wrap up the long-delayed legislative process by the middle of this month.

Earlier in the day, parliament's legislation and judiciary committee passed three revision bills on personal data use -- the Personal Information Protection Act, the Protection of Credit Information Act and the Information and Communications Network Act.

The revision bills are intended to enable the use of personal information, offered under alias and processed technologically to conceal the provider's identity, without his or her consent for compiling statistics and industrial research purposes.

Industry watchers expect the three data bills, if passed, to help local firms enhance their global competitiveness in response to the fourth industrial resolution by easing regulations on the use of personal information, as well as credit information.

In August 2018, President Moon Jae-in stated that "data economy" is a key to South Korea's innovative growth. He expressed his determination to improve a legal system so that South Korea can emerge as a global powerhouse in data use, beyond an internet-savvy nation.

The panel, however, did not touch on the so-called anti-Tada bill on banning taxi-style services with rented mini-vans and outsourced drivers. 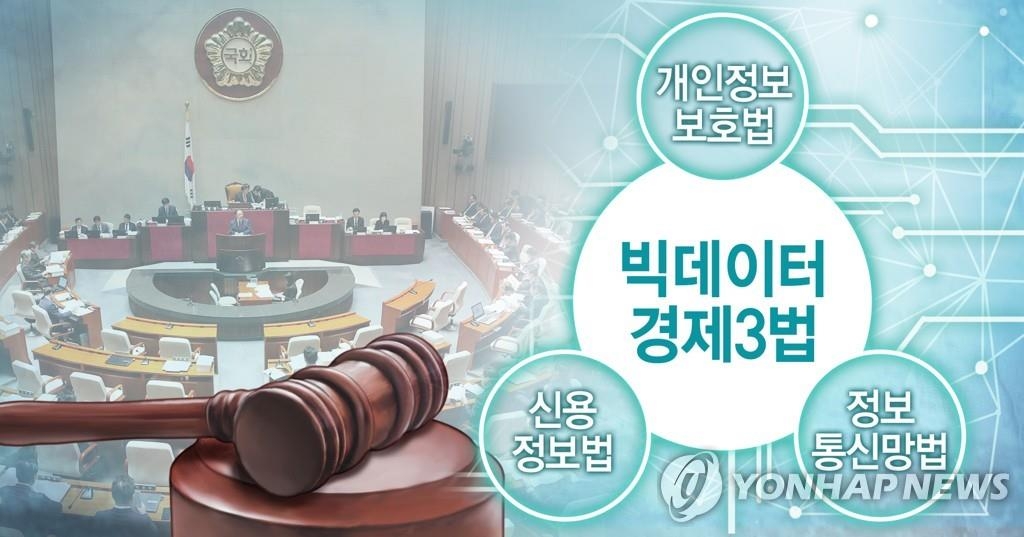