SEOUL, Jan. 9 (Yonhap) -- South Korea advanced to the semifinals of the Asian Olympic men's volleyball qualifying tournament on Thursday, beating Qatar in a five-set thriller in China to stay alive in the competition.

South Korea nearly blew a 2-0 set lead, and was down 9-7 in the fifth set before staging a late rally.

South Korea finished second in Pool B, behind Qatar, and those two countries are moving on to Saturday's semifinals. Only the winner of the tournament will compete at the 2020 Tokyo Olympics. 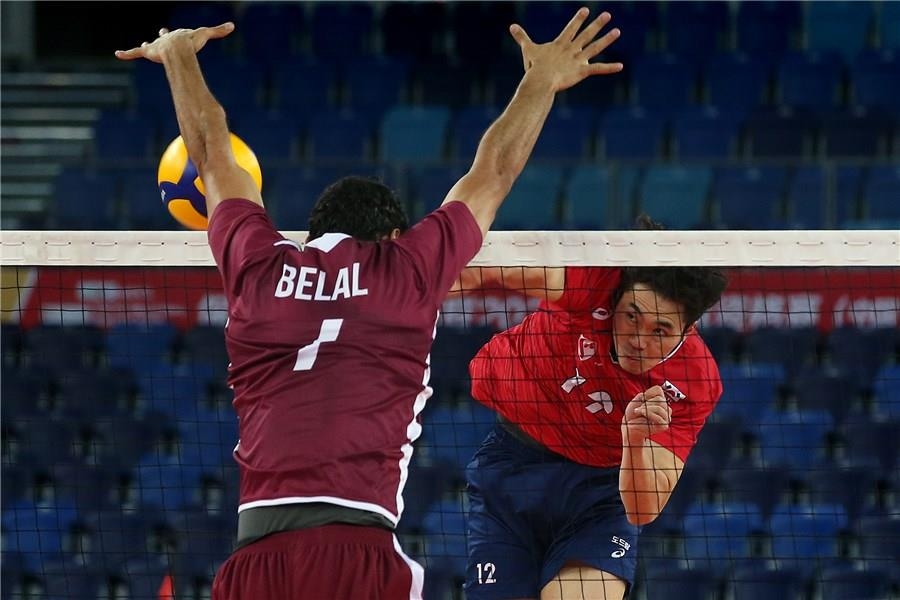 Qatar, which earlier defeated India and Australia by 3-0, still finished first in Pool B with seven points. A 3-0 win and a 3-1 win are both worth three points, and a 3-2 win is worth two points for the winner and one point for the loser.

South Korea opened the tournament with a 3-2 loss to Australia, but defeated India 3-0 and then had another five-setter on Thursday, earning six points.

In the semis, South Korea and Qatar will be joined by the top two nations from Pool A, Iran and China.

Those two secured their semifinals berths after Wednesday's wins, and they'll clash later Thursday with the top seed in Pool A at stake.

As the No. 2 seed from Pool B, South Korea will face the Pool A winner in the semifinals.

Coached by Im Do-hun, South Korea faced a must-win situation against Qatar, which stunned No. 15 Australia in straight sets on Wednesday. Given that South Korea lost to Australia earlier in the week, the team's chances of getting past Qatar didn't appear all that great.

But South Korea came out firing early on, taking a 7-1 lead in the first set and building a seemingly comfortable 18-8 advantage. Qatar got it to 19-16, before Jung Ji-seok and Choi Min-ho went on a tear to take the set at 25-18.

South Korea held the set point in the next frame at 24-23, but the teams went to deuce. With South Korea up 27-26, Jeon Kwang-in's clinching spike gave South Korea a 2-0 set lead.

South Korea dropped the next two sets, as Qatar shored up its defense. And in the deciding fifth set, South Korea battled to take a 12-11 lead. And with a 14-13 lead, South Korea lucked into the win thanks to Qatar's blunder with the serve. 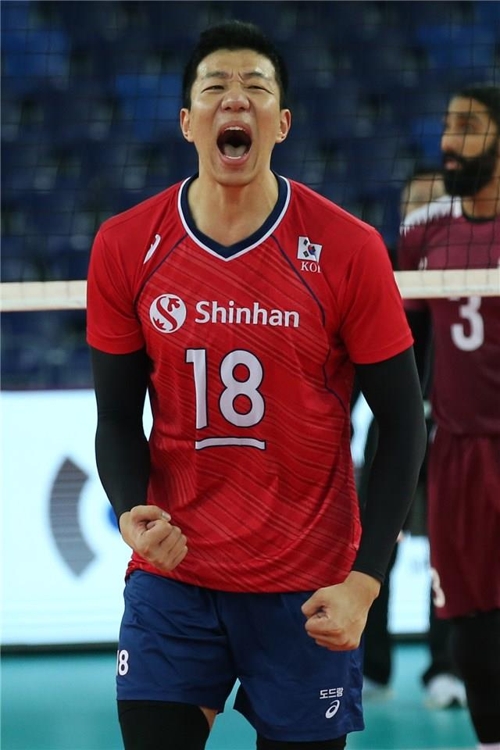