Hong made the remarks as he visited a ventilator maker in the city of Hwaseong, south of Seoul, earlier in the day.

Also, the government will look into its plan for how to deal with a looming shorter workweek at smaller firms, Hong said. 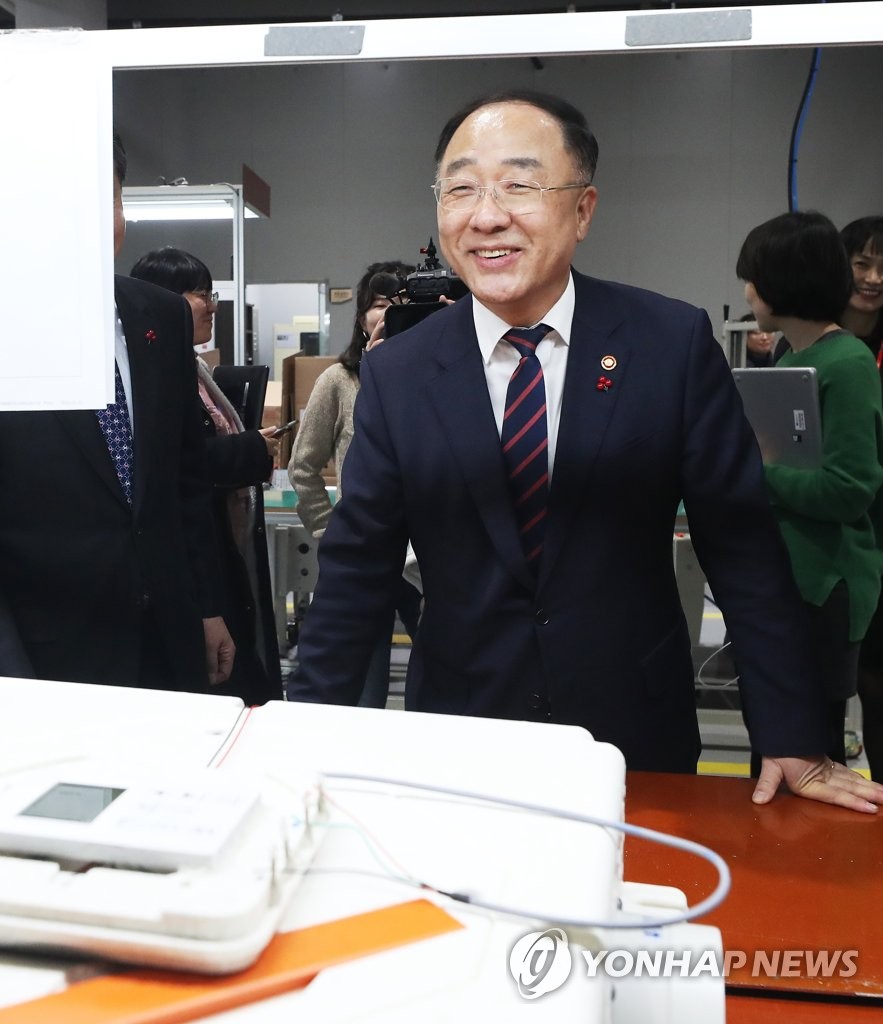 In 2018, the 52-hour workweek went into effect for companies with more than 300 employees. Firms with 50 to 299 workers have been subject to the new rule since the start of the year, while those with five to 49 employees will be subject to the rule from July 1, 2021.

The move came as many young South Koreans seek to strike a balance between work and life, and it is in line with President Moon Jae-in's key election pledges to enhance the quality of life for workers and help create jobs.
Critics say that the shorter workweek could undermine corporate competitiveness, including for companies in the research and development sector. Some workers also complain that the reduced working hours have led to a drop in their earnings.