SEOUL, Jan. 9 (Yonhap) -- South Korea beat Kazakhstan to win its group in the preliminary round of the Olympic women's volleyball qualifying tournament on Thursday.

Lee Jae-yeong put up 18 points, helping world No. 9 South Korea past the 23rd-ranked Kazakhstan 3-0 (25-20, 25-16, 25-21) for its third straight victory in Pool B at Korat Chatchai Hall in Nakhon Ratchasima, Thailand. South Korea didn't drop a set during the preliminary stage.

The winner of this tournament will compete at the 2020 Tokyo Olympics. 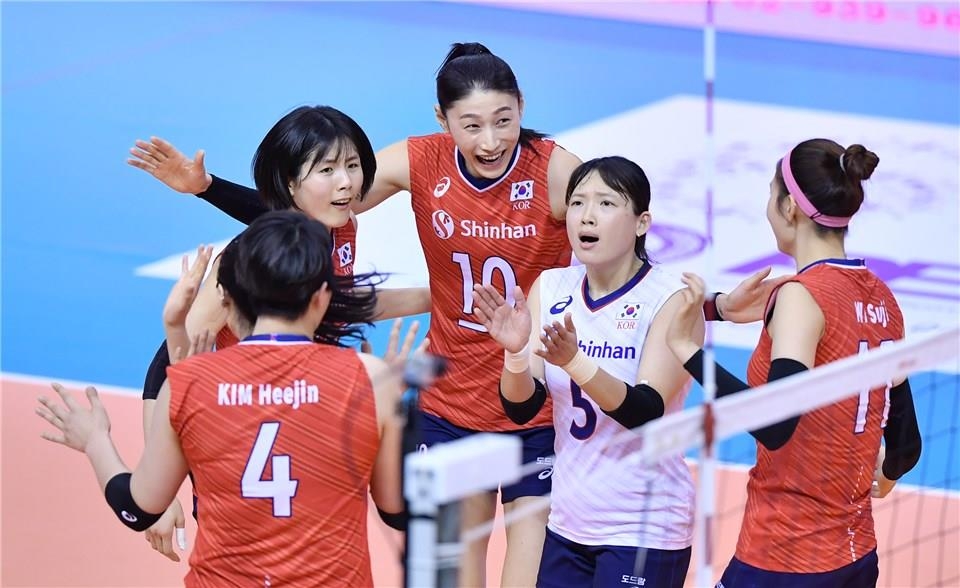 Both South Korea and Kazakhstan had secured their semifinals berths with their victories on Wednesday, and South Korea clinched the top seed in Pool B with Thursday's win.

As the Pool B winner, South Korea will face the Pool A runner-up in Saturday's semifinals. The other semifinal match will pit Kazakhstan against the Pool A winner.

Pool A teams are: Thailand, Chinese Taipei and Australia. Thailand and Australia will meet in their final Pool A match later Thursday.

South Korea overcame an undisclosed injury to its captain and top offensive player, Kim Yeon-koung, midway through the first set.

She was pulled with South Korea holding on to a 16-15 lead. Other attacking stars, Kang So-hwi and Lee Jae-yeong, stepped up their games and put South Korea ahead 22-18. And Lee scored the set point with a powerful spike.

South Korea jumped out to a 5-0 lead in the second set, but Kazakhstan crept back into the match and made it 10-9 for South Korea. But then South Korea pulled away to a 17-11 lead, with a combination of Kang's kills and Yang Hyo-jin's aces.

South Korea briefly trailed 9-8 in the third before going ahead 17-12. Kazakhstan refused to go away easily and pulled into an 18-18 tie.

With the teams tied at 20-20, South Korea's Kim Su-ji scored three consecutive aces. Then with a 23-21 lead, Lee Jae-yeong got in a spike to set up the match point. Her twin sister, Lee Da-yeong, closed out the contest with an ace, South Korea's sixth of the day. 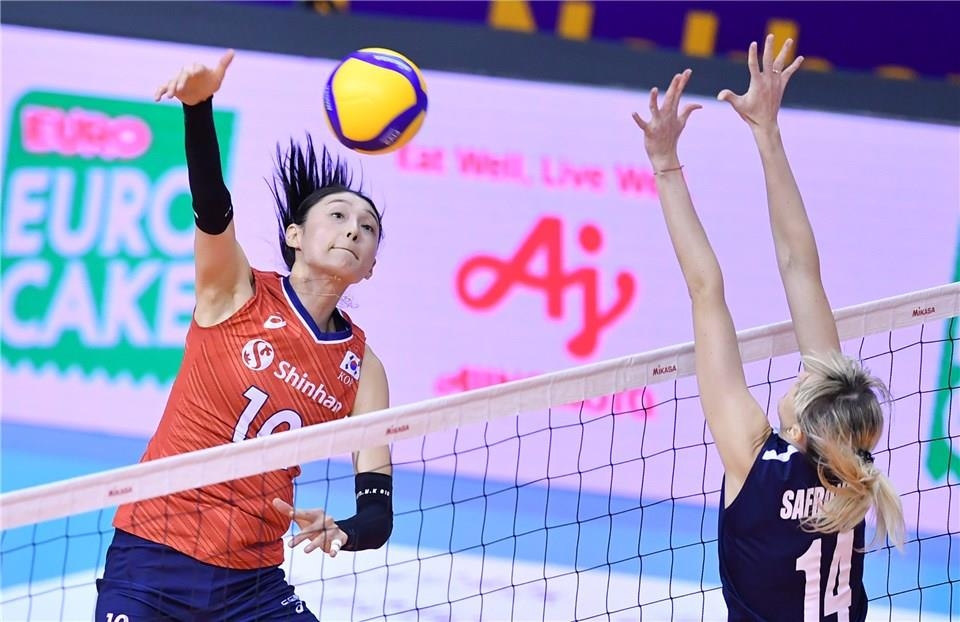